After moving into beta a couple of months ago, Chrome 32 has finally made it to the Chrome Stable channel.

Freshly promoted to stable, Chrome 32 brings with it a beta preview of ‘Supervised Users‘. The new feature aims to provide parents with the tools they need to secure, review and limit web content that can be accessed by other users.

If you’ve been eagerly awaiting tab indicators, Chrome 32 brings a number of them to your tab bar. If you’ve ever found yourself franticly clicking through dozens of tabs in dozens of windows just to find the one page with an audio ad interrupting your music, the audio indicator will quickly point out which tabs are outputting sound.

This won’t work universally – e.g., with plugins using NPAPI, like Silverlight and the standalone version of Flash – but should go a long way regardless. In addition to audio indicators, Chrome 32 also has indicators for webcam state and to show a tab being cast to a Chromecast device.

Windows 8 users on the Stable channel will finally be getting their hands on the revamped Chrome OS-like Metro Mode. The new look lets Chrome act more like its own self-contained desktop than just a fullscreen Chrome window.

With a number of quality offline-capable Chrome Apps specifically designated as “for your desktop”, it’s never been more enticing to try out Chrome as a desktop replacement inside your actual Windows 8 desktop.

The addition of a Chrome OS-inspired App Shelf also makes it easier to pin and access all of your favourite Chrome Apps, and the familiar App Launcher puts quick Google and app searching a click away.

The feature requires hardware acceleration and does not yet work on devices with HiDPI screens. On devices where one of these issues is detected the option to launch the app in Metro mode will not show.

Windows users will also benefit from the improved malware protection that automatically blocks Chrome from downloading known malware right from the get-go.

Other changes in Google Chrome 32 Stable include:

Google Chrome 32 is available as an automatic update for existing users, and as a free download available on Windows, Mac, Linux. 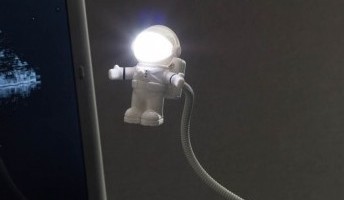