Are you using the Google Chrome Canary or Dev Channel on your Mac?

If you are, and you’re on compatible hardware, then I have a little surprise: Google quietly updated Chrome to a 64-bit build without you noticing!

‘Google quietly updated Chrome to a 64 bit build without you noticing!’

The switch has been a long time coming. Most recent versions of Apple’s desktop operating system no longer default to the 32 bit architecture, a move that has seen some third-party plugins for the platform, like Java 7, offered only in 64-bit versions.

Chromium developers have been working on bringing native 64 bit builds of Chrome to OS X for a while. In fact, if you use the Canary channel frequently you may have already used one, as developers often seeded builds for testing there on occasion.

What are the benefits of the switch? On paper: better performance and better multitasking. 64-bit builds allow Chrome to ‘address’ (read: use) more available memory on your system (assuming you have it) and perform more tasks concurrently, and faster.

Windows 64 bit Chrome builds have boosted performance by 25%, say Google, while also improving stability. Data on Mac performance has yet to filter out but it’s a promising indication nonetheless.

On a 32-bit system? There’s no need to panic. Chromium developers have built a ‘fail safe’ into the server infrastructure that distributes updates to ensure that only compatible builds can install on compatible systems.

If you’re on a Mac I recommend rolling with the Canary channel. This installs alongside an existing version of Chrome, allowing you to use stable builds alongside it. 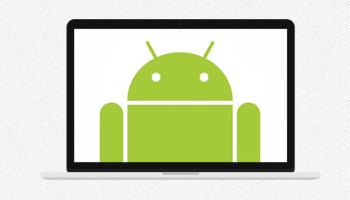 HP Slatebook 14 Sees Price Hike Prior to Release
Read Next