Google has announced that more than one million Chromebooks were bought by schools between April and June 2014.

The figure, shared by the company’s Director of Global Enterprise Marketing Chris Farinacci on Google+, comes after the search giant reported on its second-quarter earnings for the year.

Despite seeing revenue jump by 22% on last year the earnings fell short of Wall Street predictions.

According to IDC, worldwide PC shipments for the same period reached almost 74.5 million. Against this, the number of Chromebook education sales looks all the more impressive.

Google makes little money directly from the sale of Chrome devices, regardless of whether they’re sold in bulk to education or individually to consumers at retail. As with Android, they do not charge OEMs a licensing fee to use Chrome OS nor are they said to take a cut of the profits from units sold.

In essence, they’re best thought of are as a table on which the more profitable parts of Google’s business activities are served.

In a guest post on the Google Enterprise weblog, David Andrade, CIO of Bridgeport Public Schools, USA, gave a first hand account of why he, like many others in charge of administrating IT in education, are turning in droves to Chrome OS. He explains:

“The affordability and easy maintenance of Chromebooks clinched the deal – we could buy three…for the price of a single desktop computer and the district’s small IT team wouldn’t have to struggle to keep up with the repairs and updates on aging PCs. We would also save on support time and costs since [they] update automatically.”

Having so far deployed 9,000 Chrome notebooks across this one district alone, Andrade says his next goal is to ‘bring Chromebooks to every classroom in grades 4 through 12.’

‘Spending Less and Getting More’

It’s this ratio of performance and affordability that is making Chrome OS so successful, so quickly. You don’t need to have done your homework to know that most education boards would favour spending less and getting more.

With lower hardware prices set to make Chromebooks even cheaper in the future, but each successive version of Windows needing licensing costs and upgraded hardware, it’s unlikely that this A+ grade combination will falling anytime soon.

The threat this poses to the dominant platforms won’t have gone unnoticed at Microsoft or Apple. Both companies will know that those currently being weaned on a diet of cloud-centric Google products, apps, services and devices right now are more likely to continue using them as they get older.

Can either company match Google in offering schools such a tempting mix of cost, performance and maintenance? Chrome’s current rate of growth suggests not… 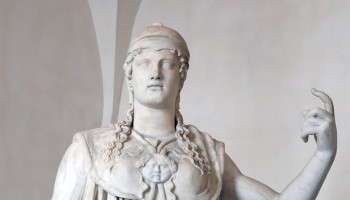