It marks the first time of any sales period (so far) that demand for Chromebooks have outstripped that for Windows laptops.

It’s not just Google’s gain, however. Sales of all notebooks have risen sharply, bucking expectations.

Windows notebooks were up 6% — showing that Windows 10 wasn’t a concern for buyers — and Macbook sales rocketed 42% for the same period.

“The results from the end of Q2 and the first half of July are good news for all the major notebook platforms,” Stephen Baker, vice president of industry analysis at The NPD Group, Inc, says in a press release trumpeting the stats.

“MacBooks grew the most of any platform, and Google saw Chrome rise to take the number one spot in market share.”

Although business sales do not include sales to regular consumers the overall trends they represent are usually in keeping. 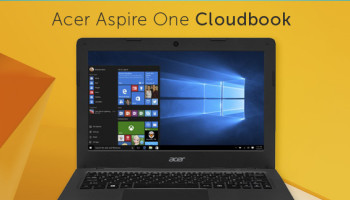 Is The $169 Acer Cloudbook with Windows 10 a Chromebook Killer?
Read Next