It seems that the Google Chromecast is gearing up for an imminent launch at retail in the UK.

In a photo shared on Twitter by Ray Carmichael, an employee of UK retailer Currys/PC World, a box of the HDMI media streaming dongles is shown, complete with retail stand packaging.

“Looks like Google Chromecast will be available to buy in UK stores very soon! Not on the system yet so price isn’t showing up. Just received a full box with Chromecast.”

Earlier this year Curry’s told media site TNW that it would begin selling the device in store from March 1, a date that was later clarified as only being provisional date and not confirmed.  Amazon US accidentally sold a number of the $35 gadgets to international buyers last year.

An official UK release will likely be accompanied by a slew of UK media apps and services announcing support. Among those topping many wish-lists will be BBC iPlayer and Now TV/Sky Go.

Pointed out in the comments by reader Robert Whiting, the website for Curry’s/PCWorld has gained a ‘Google’ entry in the filter of the Media Streamer section. At the time of writing (March 14) clicking this returns ‘0 products’. 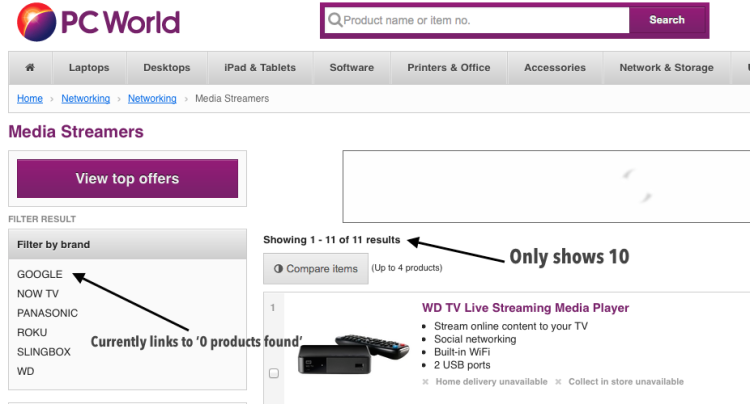