Google have today (October 18th) announced the availability of a new $249 Chromebook.

The device is powered by an ARM processor, one of the key enablers of the lower-than-usual price.

We weren’t alone in criticising the prices of the Samsung Series 550 Chromebook released earlier this year. They were priced above and beyond the ‘tipping’ point of casual consumers, and sat firmly in the enthusiast land.

As a result sales have been less than spectacular – making it the 2nd generation of Chrome devices to fall short of ‘taking off’ as Google hope. Acer’s 2nd Gen Chromebook has also gone quietly MIA.

But, not ready to give up yet, Google and Samsung are back with a newer, cheaper, ARM-powered Chromebook.

Powering – and lowering the price of – the device is a ARM A15-based Exynos Dual 15. Sounds complicated, right?

It’s made up of two ARM Cortex A15 cores clocked @ 1.7GHz a piece. This, paired up with the quad-core Mali-T604 for its GPU grunt, means that the Samsung ARM Chromebook will pack a powerful performance punch – on paper at least.

Google happily claim that it can decode 1080p video (albeit YouTube video) with ease.

Another beauty of ARM is longer battery life. Google say that this device can manage 6.5 hours of battery under ‘traditional usage’. 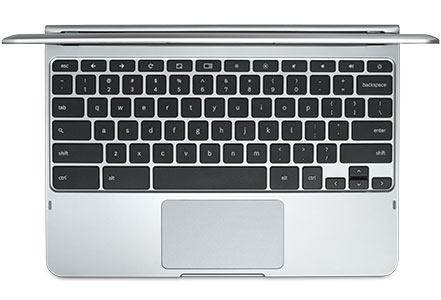 With 2GB of RAM, WiFi, Bluetooth, HDMI out, SD card reader, and 2 USB ports, the oddly un-named Samsung Chromebook sounds equally as capable as its Intel-toting siblings, if not more so.

To sweeten the deal every device comes with 100GB of free Google Drive storage to complement the 16GB onboard SSD.

No information on international availability have been given yet, but you’ll know as soon as we do. 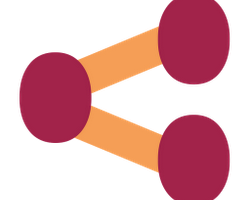 Do Share Adds Poll Creation in Latest Update
Read Next