In the months following the announcement of ARC over thirty Android apps have been added to the Web Store, including productivity powerhouse Evernote, PDF mark-up tool iAnnotate and social media fave Vine.

Some Chrome users have grown a little impatient at the slow rate of porting more desirable apps over (think Flipboard, VLC, Skype, etc) despite many lesser known utilities and educational tools wrangling their into the Web Store.

ARC Opens To All

At its press event Google confirmed it plans to open the ARC programme to all Android developers, not just a select few. This means developers themselves can now dive in to test their Android app in Chrome against the ARC plugin to see what works and make changes, like adding support for keyboard tab keys and mouse input, as needed.

Finally, if all works as intended, they are free to promptly publish it to the Chrome Web Store for users to enjoy.

And there’s you thinking it was all new convertible Chromebooks and low-cost Chromebits announced!

Similarly, with a big focus due on Service Workers, its plan to app-ify websites with offline and push messaging features, the need for a bona-fide ‘Web App’ is also lessened.

But whatever mess it makes for a consistent developer story it does, for now, mean more apps for users, more opportunities for developers, and more momentum for the Chrome project. 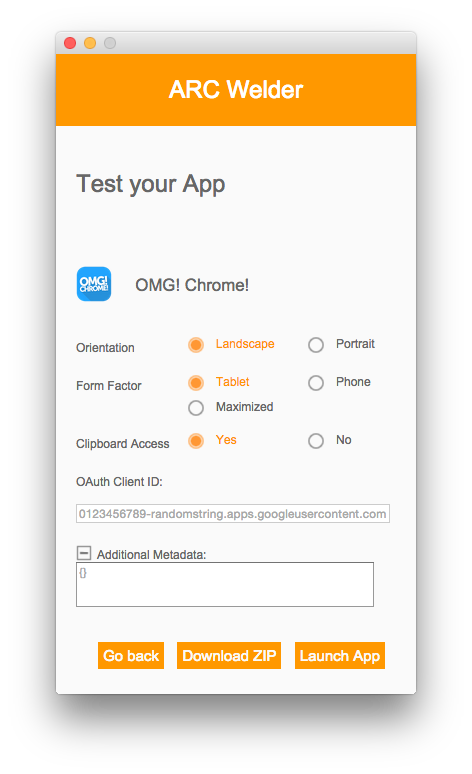 How To Test Android Apps for Chrome Using ARC Welder

The official Chrome developer documentation details the full recommended way for Android devs to get started with ARC.

Installing the ARC Welder app from the Web Store also downloads ARC plugin itself (even on Windows, Mac or Linux). Since the plugin is more than 100MB in size eager mobile devs should only install it when not on a metered, cellular or slow connection.

Once up and running the ARC Welder app simplifies the entire process;

Google say developers should strive to ensure that an app works well for touch and non-touch Chromebooks, should ideally test on the Chrome OS Stable Channel and cautions that the plugin does not yet support all of Google Play Services yet.

ARC Welder allows .apk files to be quickly exported into a .zip file for easy submission to the Chrome Web Store.