Stock up on popcorn and Play Store credits: Google is adding offline support to its Movies and TV service on Chrome OS.

A dedicated desktop app for browsing, buying and ‘pinning’ content for offline playback was announced by Google at a press event held jointly with Intel this week. The feature is already present in the Android application for the service.

Most Chromebooks come preloaded with an app — essentially a glorified bookmark — to Google’s Play Movies & TV store and allows users to browse for, buy and watch content — providing the user has an active internet connection.

Offline playback of items purchased through Google’s media store has, until now, been the preserve of mobile devices. With the latest crop of Chromebooks promising battery lives in excess of 10 hours, and appearing in convertible form factors, more users will be using their devices on the move, in bed or without Wi-Fi. Allowing consumers to watch their Play Store purchases offline will improve access and improve the mythconception of Chromebook limitations.

Google say the application will be made available sometime in the coming weeks. 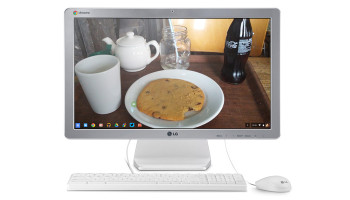