I, like many others, will have dozen or so tabs open on their Chromebook. With the limited available RAM, Chrome OS can easily fill it. The Chrome team have found a way to combat it by implementing a feature called tab scrubbing, which will freeze inactive tabs. Thus, will reduce the memory usage to allow Chrome OS to function. However, the downside to this feature is that when you return to that tab, you will have to reload the page. This can be very annoying and affect your work flow.

For many years in computing, when available RAM was limited in computers, Virtual Memory was used to add additional memory for the operating system and applications to use, which was stored on the Hard Drive. In Linux, it is known as SWAP. The Chrome team have implemented SWAP into Chrome OS, as an experimental feature.

To activate SWAP, you will need to open terminal (Ctrl + Alt + t). In terminal, type the following command:

This will create a 2GB SWAP partition on your Chromebook’s SSD, adjusting the number will change the SWAP size. The Chrome team recommends 2GB. A restart is required to activate your newly created SWAP  partition. It is regarding as an experimental feature, and is not recommended for daily use. To disable the SWAP partition  type the following command in terminal and restart:

Hopefully this feature will prevent your Chrome tabs from crashing and you should be able to use more tabs. A handy feature until we get Chromebooks with more RAM.

Update! A few of you had questions in comments regarding the Swap feature, I hope to answer some of your questions in the comments.

When Swap is enabled, it will stay enabled on your Chrome devices until you disable it, it will still be there when you reboot. The Swap feature will work on all Chrome devices, with either a HDD (found in the Acer C7 and Samsung Chromebox) and SSD (found in most Chromebooks).

Chrome OS How To Chrome OS chromebook how to swap

Home » Chrome OS » [How To] Add Swap Memory to your Chromebook 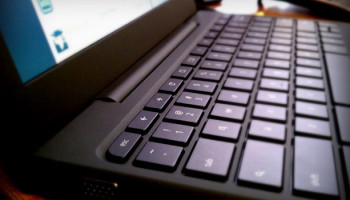