Google is testing a new feature in its experimental Chrome Canary channel that allows local files to be opened in a Chrome App through the Finder, the Mac OS X file manager, in the same way as native software.

Specific file types can be ‘associated’ with a Chrome app in this manner. For example, .doc files could be made to open in Google Docs by default rather than Microsoft Office or Pages.

Chrome developers can specify which file types can be handled by their application using file handlers listed in their file manifest.

Google say they are “still working on” how best to bring a similar feature to Windows.

It’s the latest step in embedding both the browser and its application ecosystem into traditional operating systems. Last year it introduced both a desktop application launcher for Chrome applications and a custom Notification Centre on Windows and Mac platforms.

Currently cropping up in Canary builds, expect the feature to land in the developer channel within a couple of weeks. From there, if the functionality passes thorough testing, it should filter on down to Google’s beta and stable builds in due course.

To enable the experiment open the following link in Chrome Canary:

Click ‘enable’ followed by the ‘Restart’ button that appears.

As few applications support the feature at present, don’t be surprised if you enable it and find nothing listed by the Finder.

The feature debuts alongside another option on Mac builds that allows packaged apps to stay running after ‘quitting’ Chrome itself. 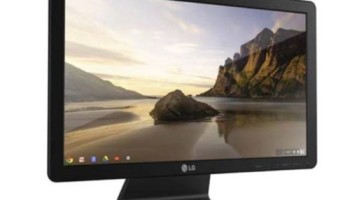 LG Chromebase Appears on Amazon UK Priced at £279.99
Read Next