Another leading industry analyst has predicted that Google and other hardware vendors will launch Android powered laptops – so-called ‘Androidbook’s’ – later this year.

Mingchi Kuo of KGI Securities predicts that Google will launch an own-brand ‘Androidbook’ later this year once work on Android 5.0 Key Lime Pie is complete. It’s this release of Android that, according to Kuo, ‘is targeted at [Notebooks]’.

But, if Kuo is proved correct, that won’t matter too much as Samsung, amongst other brand vendors, are aiming to release low-cost notebooks running Jellybean ‘in the coming 3-4 months’.

Kuo is the latest in a line of industry folk to put weight behind the claims, joining Chinese Trade insider Digitimes, and Intel execs who, in April, confirmed that its new wave of sub-$200 Atom-powered notebooks will be Android-based.

With tacit confirmation that Chrome OS and Android won’t be merging anytime soon, one can’t help but wonder how the two lines of low-cost laptops would sit against one another.

Work on moulding Chrome OS into a more versatile device continues (most recently with the introduction of packaged apps). 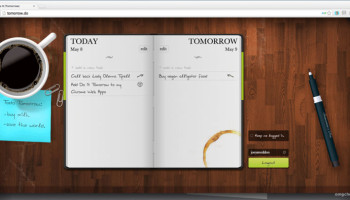 ‘Do It Tomorrow’ – Skeuomorphic To-Do App for Chrome
Read Next