A bevy of new features have been added to powerful Chrome image editing app ‘Pixlr Touch Up’.

In an update to Pixlr pushed out through the Chrome Web Store today, users will find a new text overlay tool on offer.

Twenty different fonts are included, but as it isn’t able to access those installed locally users will be limited to these. Rounding out the much-requested feature are options for adjusting the alignment, colour and opacity of text. 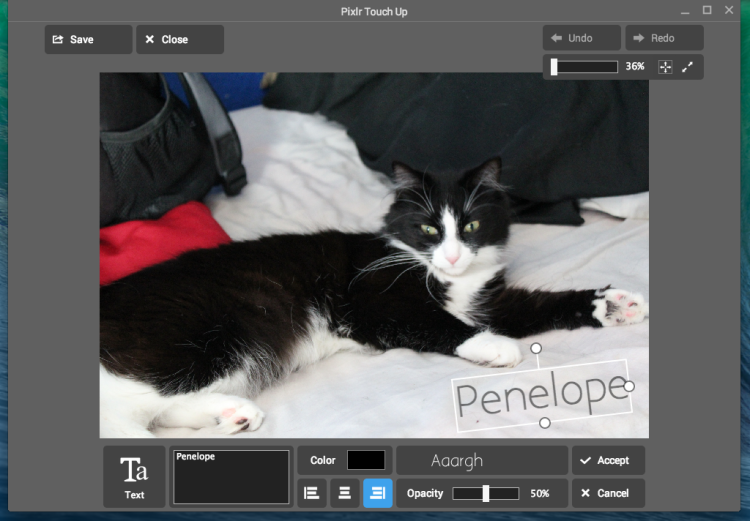 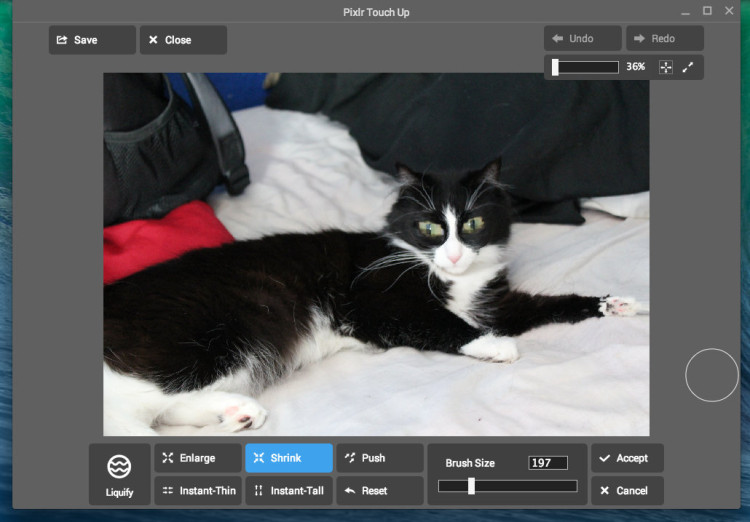 The Smooth effect, which is applied to the entirety of an image, is useful for reducing noise or evening out tones. The intensity can be adjusted on a sliding scale, which is helpful to avoid excessive blur and limit the loss in texture.

The Airbrush tool is useful for smoothing out specific areas of an image. The size and intensity of the brush can be adjusted in Pixlr, with an ‘erase’ option available to ‘un-smooth’ any overspill.

The last of the new effects is ‘Liquify‘, a ‘deforming’ tool for manipulating areas of a photo. Three brush presets are included – ‘Enlarge’, ‘Shrink’ and ‘Push’.

There are also two ‘auto-adjust’ effects that are able to evenly stretch the image vertically (‘Instant Tall’) or squash it horizontally (‘Instant Thin’). These can be applied repeatedly until the desired effect is achieved.

Get Pixlr Touch Up for Chrome

Pixlr Touch Up is a free download, runs offline and can be found on the Chrome Web Store. 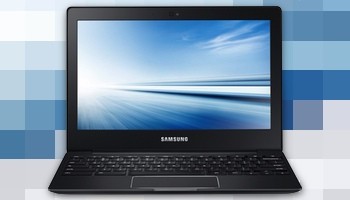