Both models are titled as the “Samsung Chromebook 2”,  badged as a ‘new release’ and are available to pre-order.

An 11.6-inch model, pegged at a pre-order price of $299.99, is listed as using a Samsung Exynos 5 SoC (likely the long-rumoured Exynos Octa 5420) , 4GB of RAM and 16GB of SSD. Colour options available are currently are Black and White.

A larger, 13.3-inch model is also listed for pre-order, but at the higher price of $399.99. Interestingly, though also titled ‘Samsung Chromebook 2’, this listing makes no mention of an Exynos chipset — could it be based on a low-powered Intel CPU instead?

Confirmation of the inevitable

While these listings do appear to confirm a long-rumoured refresh of the Samsung Chromebook, originally released back in 2012, the lack of screenshots and detailed specification in the leaked listings make it hard to gauge just how accurate the information is.

That said, Chromebook models appearing on retail sites ahead of time is not without precedent. Amazon France was the first to reveal that a touchscreen version of the Acer C720 was on the way last year.

The runaway success of the original Samsung Chromebook has lead many to believe that follow-up is all-but inevitable. But are these leaked store listing that? If so, they clearly points to a release date well in advance of Google’s I/O event in June.

We’ll keep you up to date with further information as we find it.

Update 25/2: The listings have since been removed from the website. We’ve reached out to B&H for clarification.

Thanks to Maison Pulaski 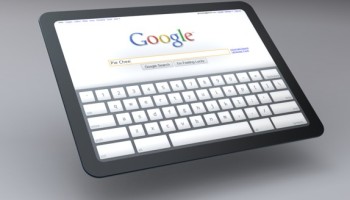