Skip to content
This news post has been updated! Please see the latest news about the Spotify Chrome App

Late last year, Spotify released their Web Player into limited beta. This week sees the start of the open beta, and the subsequent release into the Chrome Web Store.

Many competitors in streaming music, like Rdio and MOG, all have web players for their user’s to access their music libraries. Spotify has been limited to a deskop client and mobile apps. It has been Spotify’s most requested feature, and late last year Spotify released the Web Player to a limited set of users.

It provides similar functionality as the desktop client, including search, Spotify Radio, playlist editing and creation, and a “What’s New” section. The idea is to support growing trends into HTML5, such as Windows 8 and Chrome OS. As well as provide  easy access to Spotify while at work or around a friend’s house. It will not replace Spotify’s desktop client.

This week, Spotify has formally released the Web Player as an open beta, though it is currently limited to UK users. Limited beta is still enforce in other Spotify countries.

During the limited beta stage, I asked the Spotify developers to release the Web Player into the Chrome Web Store to provide Chrome OS functionality and improve market visibility of the app. Subsequently this week, the developers have listened to my idea and the app has been made available in the Chrome Web Store:

Spotify on the Chrome Web Store

One side note: to open Spotify in its our Chrome-less windows in Chrome OS. In the App tray, right click on the Spotify icon and select “Open as window”. 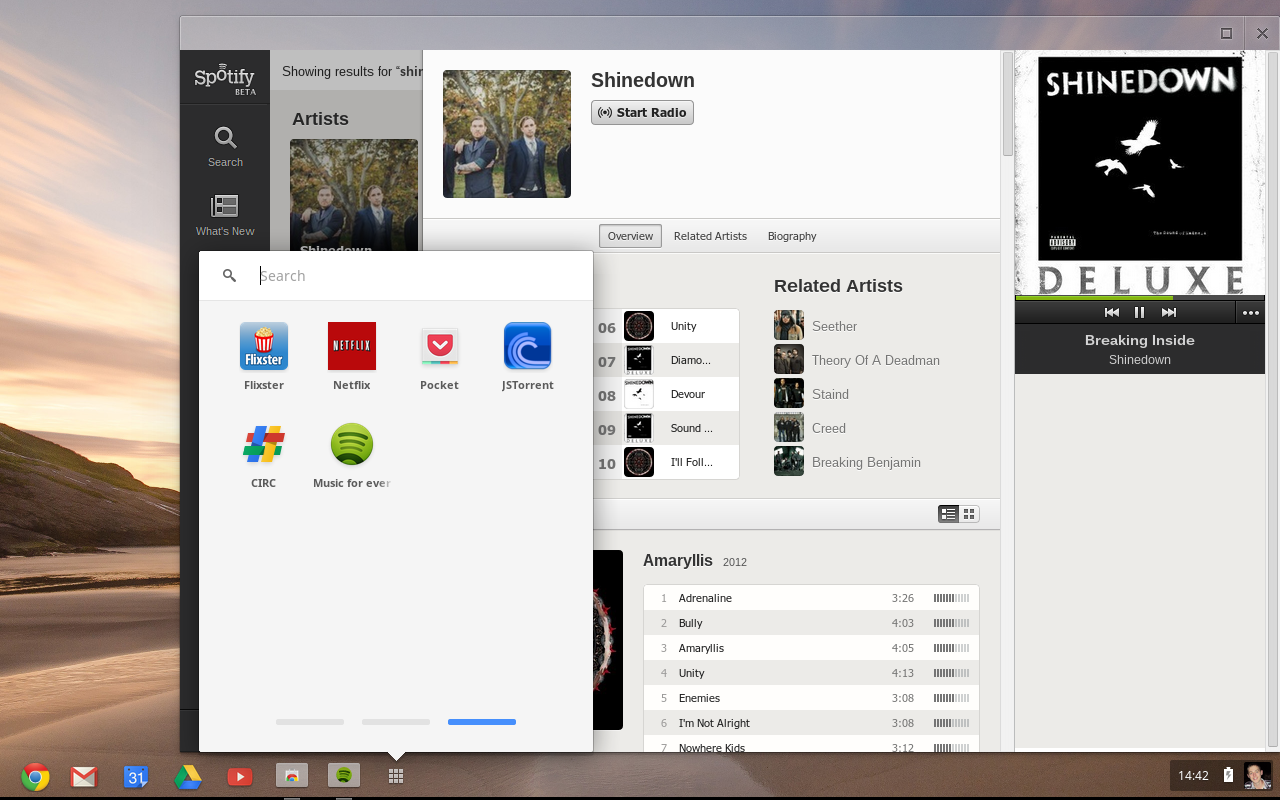