Put down the screwdriver and step away from the voided warranty: a new app makes it easy to view stats on the hardware inside your Chromebook.

Swatting up on the gear inside our computers is something some of us like to do from time to time. On Windows, Mac and Linux there are an ample array of apps able to relay in-depth system data on computer innards. But on Chrome OS the options are few and far between, meaning it’s easy to feel left out of the stat-race.

A new utility is looking to remedy this. The aptly named ‘System‘ is a small offline Chrome App that shows basic system hardware information in an easy to understand layout. It displays pertinent details like processor make, amount of installed memory, attached storage, display resolution and more.

It’s not solely limited to Chrome OS, though. System also supports Windows, Mac and Linux devices too. On all platforms it will show:

While System isn’t (yet) a match for the in-depth profiling offered by Windows, Mac and Linux utilities, on Chrome OS it’s pretty much the only tool of its kind outside of the intimidating developer focused chrome://system page.

A few neat touches include realtime information on RAM usage and shows notifications when network connection drops, display resolution changes or external storage is attached or removed from the system.

It’s not perfect, however. A number of Windows 8 64-bit users report that the incorrect architecture is shown for their OS, while Chromebook owners, including myself, have noticed that the internal SSD is not listed under the ‘Storage’ pane.

Also worth being aware of: the anonymous user data collection option is ticked by default. If you’re a paranoid privacy pigeon you may wish to uncheck this.

System is a free Chrome App available from the Chrome Web Store. It works on Chrome OS, Windows, Mac and Linux. 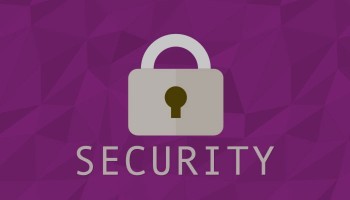 Google Working on Remote Wipe Feature for Chromebooks
Read Next