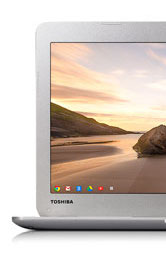 Despite being announced back in September 2013 little has been revealed of the forthcoming Chromebook from Toshiba. That is, until now.

Thanks to a mistake by PC Mag, whose embargoed pre-CES (Consumer Electronics Show) hands on with the device was accidentally published ahead of schedule, we know more about the hardware powering the device, as well as some general news about its build, weight and thickness.

We’ll start with the most interesting aspect of the device: the screen.

Every Chromebook currently on sale is either 11-inch, 12-inch or 14-inch. Toshiba clearly didn’t want to conform and opted for a 13.3-inch screen. The back of the screen has a textured feel. 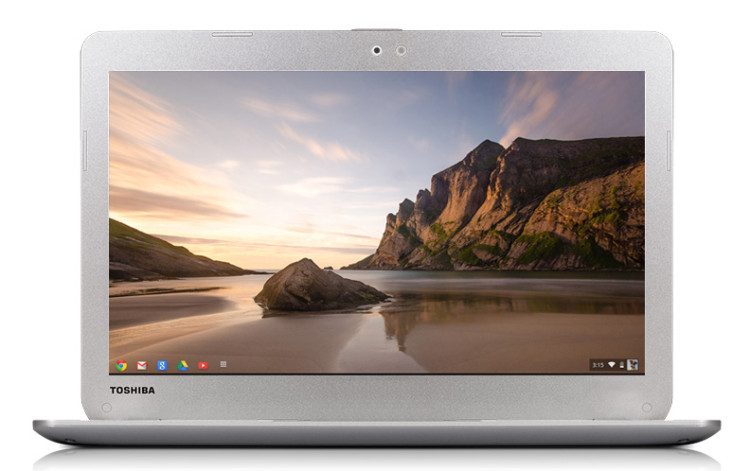 The screen itself has a resolution of 1366×768, and is said to be fairly standard. There is no touch-support or super hi pixel density.

As with the recent HP, Acer and Dell devices, the Toshiba uses an Intel Celeron 2955U CPU. This dual-core Haswell chip is clocked at 1.4Ghz and, for the most part, is more than up to the job of powering Chrome OS and Chrome Apps.

2GB of RAM means you can rock on with plenty of tabs open, while the now-standard 16GB SSD means you can keep some local files handy, too.

As an energy-effiencent chip Toshiba estimate that their Chromebook can run for 9 hours before needing a charge.

At less than 1-inch thick and weighing in at 3Ibs, the Toshiba device is more than matched with Chromebooks on offer from Samsung and Acer.

Finally, price. PC Mag say that the device will retail in the US at $279. This is the same price as the HP Chromebook 11, and $20 cheaper than the larger (if similarly spec’d) HP Chromebook 14.