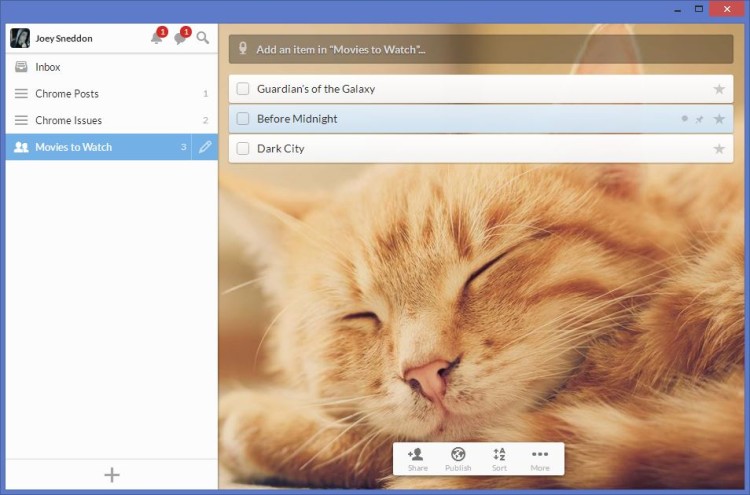 If I asked you to compile a list of the most popular note-taking and task-management apps I’d wager that Wunderlist would be on there.

As part of its ‘biggest update yet’, the productivity service has rolled out a brand new version of its offline Chrome App, which first debuted on the Web Store back in July last year.

Wunderlist 3 is billed as the ‘biggest update yet’

A lot can change in a year — just look at Chromebooks! For Wunderlist the changes go far behind a new coat of paint and a few extra bells.

More than 60 improvements feature both above and under the hood. This includes faster sync, task reminders, collaborative commenting and a new ‘public list’ feature so you can share curated content with the wider world, something that will help broaden the appeal of the app as a public note board.

But the most noticeable, if not the most notable change is the fresher, flatter appearance. 6Wunderkinder, the company behind the service, say ‘unnecessary visual clutter’ has been removed from the application interface on all platforms to give the app a ‘simpler and lighter’ feel. 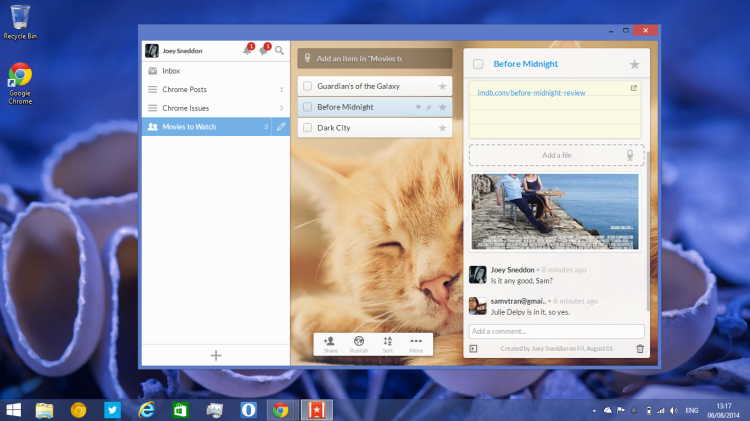 A new real-time sync feature allows notes made on one device (say your phone) to appear instantaneously on another (the Chrome app on your Chromebook). In real world use this is as impressively quick to function as it sounds.

Lists can now be shared with friends, family and work mates right from the get-go, while former Wunderlist Pro features like comments and file uploads are now available to all (albeit with some limitations).

To help you keep on top of the noise there are new ‘Conversation and Activity Center’ views.

New Features at a glance:

“We believe these changes make Wunderlist the best product on the market, for both your private and business life,” the company state on their blog. Is it? Why not decide for yourself.

Wunderlist for Chrome from the Chrome Web Store for free, though requires a (free) Wunderlist account to use.

Wunderlist 3 on the Chrome Web Store

Update: This article has been updated to reflect an update that allows the app to run on Beta and Dev channels of Chrome and Chrome OS. 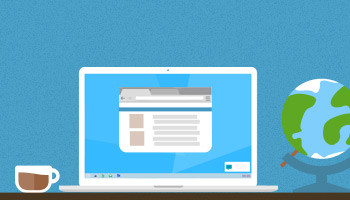 QuickDrop Is a Useful Dropbox Extension for Chrome
Read Next