Right on schedule, the ASUS Chromebox is now available to buy in the US.

Select online retailers in the US are said to be offering the device, with electronics company SabrePC listing both models as ‘in stock’ and ready to ship in 1-2 days.

See entry at the bottom of this post for an update on current availability.

International release dates for the device have yet to be confirmed by ASUS.

At just 4.9-inches by 4.9-inches, and 1.67-inches tall, it would be easy to assume the mini-PC is underpowered. But despite the diminutive dimensions the ASUS Chromebox is actually pretty capable.

Two distinct versions are being offered to buyers in the US:

The first, and cheapest, is powered by a power-efficient dual-core Intel Celeron 2955U clocked at 1.4Ghz, paired with 2GB RAM and Intel Graphics HD 4000.

For more demanding needs, a more expensive version utilising an Intel i3 processor, backed up with 4GB RAM and Intel Graphics HD 4400, is also available.

All models feature a 16GB SSD for local storage, a quad of USB 3.0 ports, HDMI and DisplayPort out, ethernet, SD card reader and built-in Bluetooth and WiFi.

Small in size, and also fairly small in price. ASUS are retailing the Celeron-based version at the dirt-cheap price of $179.99.

With greater power comes greater cost: the Intel i3 is listed by SabrePC at one cent shy of $370 —$30 off the RRP.

Buy The ASUS Chromebox on SabrePC

It seems the folks at SabrePC didn’t pay attention when creating their listing. Since this article went live the company has mailed those who ordered a Chromebox to “clarify” that by “in stock and ready to ship” what they actually meant was “available to pre-order”.

Good news if you’ve been waiting on Amazon! The Chromebox is now listed for pre-order, ready to ship on March 14.

Pre-order the ASUS Chromebox on Amazon

Thanks to Sal for tip; Bill in the comments for update 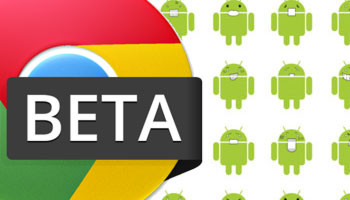