Do you know which Chromebook models can be user upgraded with more RAM, bigger SSDs or other extras?

No? Well, don’t blame your memory: you’re not alone.

Regular readers often nudge us to ask questions along the lines of “Can I Upgrade My Chromebook?”, having found information available online is either contradictory or confusing.

Upgradeable Chromebooks? There Aren’t Many

It’s not a hard and fast rule but generally most Chromebooks are not designed to be user upgradeable in the way that traditional Windows laptops and Apple Macbooks often are.

In fact, the more recent your Chromebook is the less likely it is you will be able to upgrade internal components yourself. The same holds for many modern laptops.

Like smartphones and tablets most new Chromebooks come ‘as is

As Chromebooks become thinner and lighter so do the parts inside. This design-led trade-off reduces upgrade potential. Devices that were once made with off-the-shelf socketable components are now custom designed and soldered to save space.

The fewer “swappable” parts there are, the thinner and lighter the device can be.

So, like almost every smartphone and tablet sold today, most modern Chromebooks are not upgradeable.

Batteries are built-in, RAM and SSD modules soldered to the motherboard, and the cases which hold everything together designed as “unibody” and difficult to open.

It’s not totally impossible to replace parts, of course. But you’ll need to be skilled with a soldering iron to be able to try — and remember that tampering with a device may void any warranty left on it or brick it entirely.

Some popular Chromebooks classed as not easily upgradeable include the Toshiba Chromebook series, ARM-based Samsung and Acer models and later version of the HP 11-

It’s not all bad news, though. If upgradeability is your thing there are still choices to be had. You will need to narrow the models listed on your shopping list and be okay with dipping into the second-hand market to get a machine.

Failing that, just be content be with what you’ve got; few of us expect to be able to upgrade the hardware in a tablet or smartphone, and since Chromebooks are not “traditional” computing devices, it can be helpful to view them in a similar way.

Below we the list some of Chromebooks that are known to have user upgradeable parts. This list is not exhaustive and you should bear in mind that some Chromebook models have been made available in various revisions across the word, not all of which are identical.

We are also not responsible for any damage you inflict by following instructions on one of the linked sites, nor can we offer support and guidance to assist. Feel free to use our comment section or Google+ community, though.

As with the earlier AC700 release, the popular Acer C710 supports HDD/SSD and RAM upgrades.

But unlike its predecessor this model has two DDR3 1333, PC3 10600 memory slots. These can be easily accessed by unscrewing the back slot.

Each memory slot in the device supports a maximum of 8GB for a theoretical total of 16GB RAM.

Some versions of the C710 use a 320GB mechanical hard-drive and others a 16GB SSD. In both cases 7mm SATA II SSD can be installed, though not every brand is said to play nicely with Chrome OS, so you’ll want to your research first.

A quick Google should throw up a list of known working (and non-working) SSDs plus further details on memory upgrades.

As one of the most popular Chromebooks ever released, it’s no surprise that a swathe of Chromebook upgrade questions focus on the Acer C720 Chromebook series.

But with so many variants and SKUs in the Acer C720 series it’s hard to know exactly which units are upgradeable and which aren’t.

The good news is that it doesn’t matter. Performing an Acer C720 SSD upgrade is possible in most SKUs (but not RAM. The RAM is soldered to the mainboard).

You can’t just jab any SSD inside your Acer C720, either (noticing a trend?). You’ll need to use a replacement   42mm M.2 / NGFF SSD. Some upgraders have reported issues with SSDs larger than 128GB in size.

This iFixit teardown of the device has more details on how to replace the SSD.

Like HP’s first Chromebook, the second HP Chromebook 14 also supports (in some models) RAM upgrades to a reported maximum of 16GB (though your own milage may vary) and SSD upgrades — though based on this video both require near total disassembly to achieve.

HP’s own specifications says the device supports a maximum 32GB SSD, but some eager tinkerers have reported success with slightly larger SSDs. Anything over 128GB seems to cause issues, though.

Like the Acer C720 the HP Chromebook 14 also requires a 42mm NGFF SSD.

Going further back, the Samsung Series 5 550 (Intel Celeron 867) allows for both RAM and SSD upgrades. The RAM slot can support a maximum of 8GB for a device total of 10GB, as 2GB is soldered to the board.

How to Upgrade RAM in Samsung Series 5 550

The even older Samsung Series 5 (Intel N570) and Cr-48 devices shipped with a 16GB SSD that was upgradable. The 2GB of on-board RAM used in each is not upgradeable.

Have you added more RAM or storage to a Chromebook before? Do you like being able to do so? Let us know your thoughts on this topic in the space below.

Home » Hardware » Which Chromebooks Can Be Upgraded? 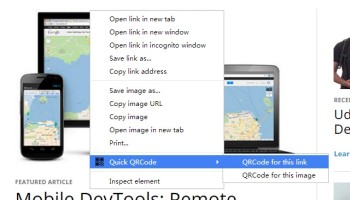