It’s the third major change to the app launcher icon.

Google switched from a stacked 9-square grid to a magnifying glass in February of last year. This change was necessitated, in part, by the addition of voice search, web results and Google Now cards to the Chrome App Launcher.

Does the change to a circular motif hint at more changes to come?

Windows 10 users will recognise the button as being similar to one you click on to interact with Cortana, Microsoft’s digital assistant, while many Android users will notice it’s the same shape ‘O’ as the ‘home’ button on Android 5.0 and up. 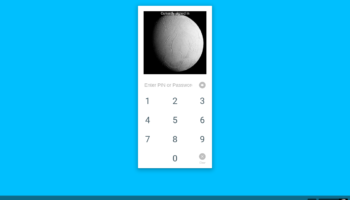 PIN Unlock Is Coming to Chrome OS
Read Next