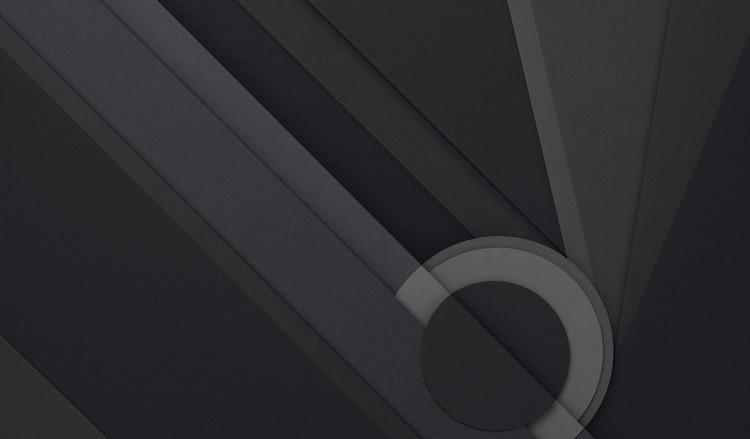 Have you logged into a guest session on the Chrome OS Dev Channel recently?  If you haven’t, you won’t have noticed that a brand new guest wallpaper was recently added.

The new guest background follows the same textured paper design as that of the new default Material Design wallpaper for regular accounts running in Google’s OS (a design that last week made the jump to Beta channel users).

In tailoring a design for guest mode Google has bypassed its earlier proposal of offering a desaturated version of the main design to instead ship with a custom image.

Sandy, I Miss You

For almost as long as I can remember the Chrome OS Guest Session has used the same photograph – that of a sandy shore. As the one wallpaper that cannot be changed — not even by the administrator — it’s a drape that has an important role.

The new wallpaper design introduced to the Developer Channel in Chrome 41 is darker, more abstract and in keeping with Carl Kleiner’s colorful Material Design photograph used as default.

It’s not yet clear whether the guest session image has been made by the same artist, though. His online portfolio boasts two equally impressive and colorful designs in his Google “Paperscape” commission, but not this darker variant.

With Guest Sessions acting as a sort of Incognito Mode for the entire OS, the choice of wallpaper is important. It needs to denote that this is a “different mode” without screaming it, and also appeal to the widest possible tastes.

Whoever is responsible for this latest design deserves some praise. While it is, perhaps, a touch tonally oppressive at first glance the intricacies and texture of the layers soon glean through, giving way to a softer, if intentionally impersonal, quality.

As with all developer channel changes, this new wallpaper is subject to change, vanish or be amended at any time. If it sticks, Beta and Stable channel users among you can expect to find it filtering down to the desktop in the new year.

Can’t wait that long? Not using Chrome OS? You can download the wallpaper in 2560 × 1700 resolution from the link below.