It’s been a busy few weeks for the Google Chromecast, but the Cast team are clearly not planning to ease up on the awesome just yet.

Having pimped itself out with promotions and discounts during Black Friday and Cyber Monday, and finally getting around to launching in India and New Zealand, the little dongle is set to rival the humble satsuma for the title of “inevitable stocking filler” this Christmas.

First up, the official Android Chromecast app, used for setting up and configuring the dongle, has received its “Material Design” daubing.

The result is a sleeker looking app that finally feels consistent with the rest of Google’s other mobile offerings. The new icon is also much nicer, losing the harsh drop shadows, stroke and ‘pedestal’.

The changes aren’t just skin deep. As noted by Android Police, virtually any smartphone/tablet running Android 4.4.2+ can now able to ‘mirror’ its screen to a TV over Chromecast. This nifty feature, ideal for those who like to enthusiastically show off gaming prowess to ambivalent loved ones, had previously been restricted to select handsets.

The move to a less optimised solution means, naturally, for some devices “mirroring” performance will vary. If you’re (somehow) running KitKat on an antiquated cellular communications device don’t expect buttery smooth playback on your 52″ Plasma.

Recall Google demonstrating a neat ultrasonic pin pairing feature that let’s your friends and family “cast” content from their phones to your TV without them needing to know your Wi-Fi password? Well, ta-dah: it’s here..

The feature works by emitting an inaudible ‘tone’ that only Cast-capable devices can hear. If audio-pairing fails (because you’re amidst a rowdy bunch of people) guests will need to manually enter the pin that appears on screen.

Guest mode only works with Android devices running Android 4.3 or later and is not supported on iPhone or iPad. Applications that ‘cast’ local media, such as photos or videos, do not work in Guest Mode

Perhaps the best thing about this feature is how ridiculously easy it is to enable/disable, as this 30 second video from Google shows:

Chromecast for Android is a free download available from the Play Store. 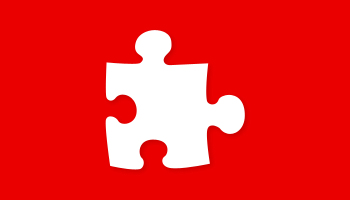