Google have updated the favicon for their Google.com homepage.

The Google favicon is one of the most widely recognised favicons on the web (no surprise given Google’s dominance).

But from today onwards visitors to the Google homepage (in most territories) will notice a light-blue emblem in the corner of their tabs, URL bars, and other favicon savvy places.

The new favicon replaces the ‘multi-coloured’ tile introduced in June 2009.

Although the new favicon is blue there seems to be a bit of confusion as to the placing of the ‘g’ within it as Google seem to be testing two versions:

The one most people will see from today onwards is a light-blue rounded square with a centered ‘g’ in the middle.

A 128px version is also sitting on Google’s servers. This take sports a darker blue and left-centered ‘g’:

Are you a fan? Or do you prefer the old one? There’s a comments box below waiting to know! 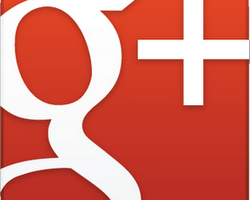 5 Chrome Extensions to Enhance Your Google+ Experience
Read Next