Among the wares wowing the crowds is yet another Acer Chromebook with a numeric keyboard, this time in a more consumer friendly guise than the business-focused Acer Chromebook 715 it debuted back in April.

Size-conscious Chromebook fans aren’t left out as there’s a new pair of 11-inch models with some decent specs.

Want to learn more? Read on!

The Acer Chromebook 315 (pictured at the top) is a giant 15.6-inch clamshell laptop with FHD display, numeric keyboard, and 12.5 hours of battery life.

It’s available with up to 8GB RAM and 128GB of eMMC storage.

Acer plan to make the 314 available with “up to” 8GB RAM but the model will max out at just 64GB of eMMC storage.

The Acer Chromebook Spin 311 (as you might be able to tell from the name) is able to flip, fold and rotate into all of those trendy Yoga poses so that users can take full advantage of its (720p HD) touchscreen.

The Spin also supports Acer’s Wacom stylus, though one is not included in the box so you’ll need to purchase is separately — something to bear in mind.

Stripping things down further is the budget-friendly Acer Chromebook 311. This is a tad lighter than its flexible sibling at just 1.1kg, and comes in both touch and non-touch options.

The biggest drawback for this budget model is the RAM: a mere 4GB with only 32GB storage. What is this, 2016?!

No, these aren’t the speediest chips around but they should ensure that all of Chrome OS’s “extra” features, like Android and Linux apps, work moderately well.

And all four of the new finless Chromebook feature built-in Wi-Fi and Bluetooth, offer a pair of USB-C ports, have a MicroSD slot, and support being hooked up external monitors.

Finally, Google Assistant is included by default too.

Do these new models appeal to you? Let me know in the comments!
Hardware Acer 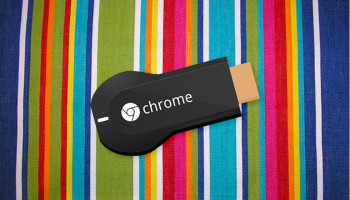 Bad News For Owners of the First-Gen Chromecast…
Read Next