The LG Chromebase is now available to pre-order in the UK.

Amazon lists the recommended retail price of the all-in-one Chrome OS PC as £279. It has an estimated dispatch time of 1-3 months.

Two versions are on offer: a white version is currently listed at £269 while a black model can be bagged for a smidgen less at £268.

But even at £279 the device is still competitively priced. Rival all-in-one computers at this price point are hard to find, though the 21.5-inch Android-powered HP Slate can be nabbed for £249.

Arguably a device that could be well suited for running Chrome OS itself, the HP Slate features a quad-core Nvidia Tegra 4 processor, 1GB RAM and a 21.5-inch full HD touchscreen IPS display.  If there’s a drawback to be had it’s that it is lumbered with a shockingly small 8GB SSD — of which just 5GB is free for users.

The LG Chromebase is also based around a 21.5-inch IPS display, albeit one without touch functionality, at a matching resolution of 1920×1080, and is powered by an Intel Celeron 2955U paired with 2GB RAM and a 16GB SSD. 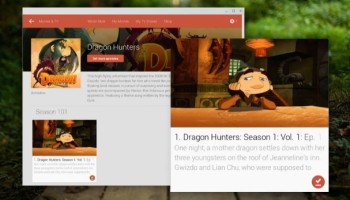