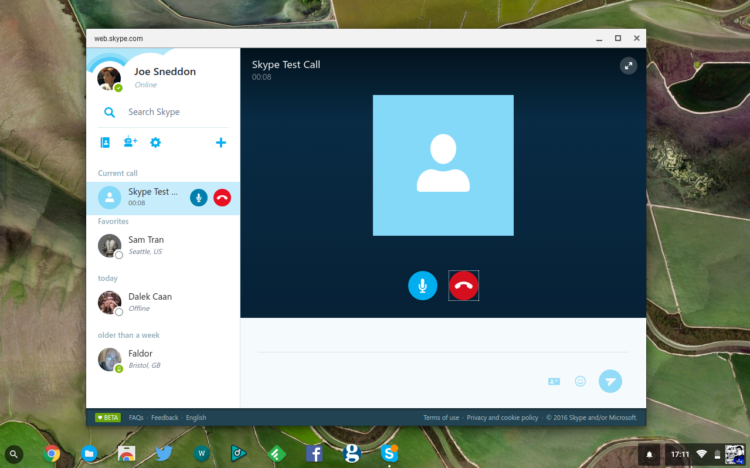 The Skype web app is accessible from any browser on any operating system and lets Windows and Mac users make and receive voice and video calls through the browser.

But Chromebook owners have only been able to send and receive written messages.

Now it appears that the Microsoft service is making good on its pledge to offer true plugin-free VoIP calls through the browser.

OMG! Chrome! reader Rachel M., spotted the change and mailed in to tell us:

“I just noticed today I can make voice calls via the Skype Web App on my Chromebook. Very exciting!

No video support yet. I tested a call and it won’t show the other person’s video regardless of whether they enable video or not.”

While Skype is now dwarfed by services like WhatsApp and Messenger, which can also be used to make voice calls, it is still a big-name, big-draw service that’s used by many. Familiarity alone makes this a big boon.

I’ve tried the feature myself and can attest that it is, indeed, working. Just head to the Skype for Web site, select a contact and click the blue ‘call’ button.

I was prompted to allow access to my microphone (a permission you’ll need to allow to use the service properly).

Call quality in the call I made was certainly adequate, and any flaws from my end could be blamed on my dated Chromebook’s internal microphone.

It’s also worth my noting that this rollout is not limited to Chromebooks. Linux users are also now able to make VoIP calls through both Google Chrome and Chromium.

Web-based calls aside, the thorny issue of Skype support for Chromebooks (or rather lack thereof) may soon be addressed by the arrival of the Skype Android app, which could be made available to Chrome OS users to install through the Google Play Store.

The Android app already works when side-loaded to run using the ARC runtime. 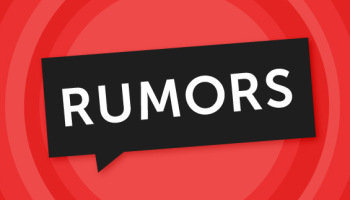