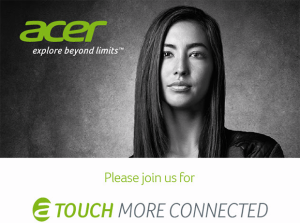 Could an upcoming press event from Acer herald the arrival of the first Chrome OS tablet?

The first major product launch to be hosted by Acer’s new CEO Jason Chen, the company is excepted to use the platform to announce their North American product lineup for 2014.

While tablets, touch-enabled notebooks and more on their new Liquid E3 and Z4 Android smartphones are expected, some industry watchers are also predicting that the company will deliver something else — an announcement of some kind of wearable tech/fitness-tracking device.

But might we also be treated to something Chrome OS-powered?

Acer is, thus far, the only company to sell a touch-enabled Chromebook. And with sales of their Chromebook  C720x line of Chromebooks doing well there’s a possibility that an update or refresh could appear. Heck, there are certainly enough development boards being tested by Google for something to be in the offing from someone!

If Acer do drop a multi-coloured cloud-powered product I suspect it could be, as done by Lenovo, Chrome OS versions of existing Windows 8.1 devices, perhaps some kind of convertible tablet/notebook hybrid.

Could it even be a straight-up bona-fide tablet? The recent work on adding tablet-specific features to Chrome OS can’t have been for nothing, right?

Whatever the facts, we’ll only learn more as and when the event itself actually arrives. 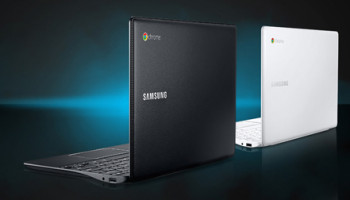