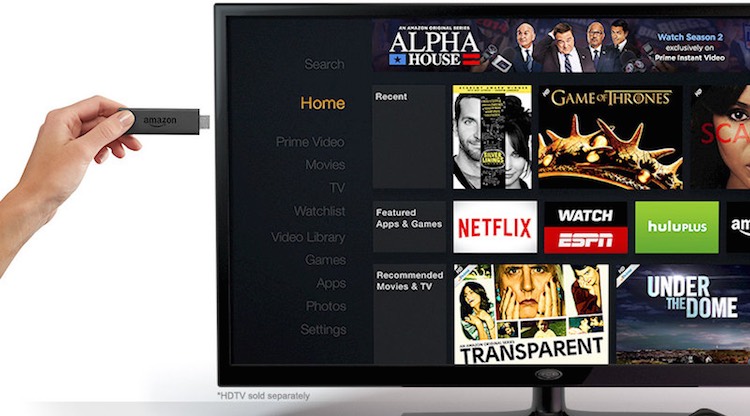 Following Microsoft, Mozilla and Dell, Amazon is the latest tech company to pitch a dongle-sized smart TV add-on at a dirt-cheap price.

Amazon is gleefully comparing its new $39 Fire TV Stick as besting the Chromecast, with twice the RAM, quadruple the storage, and better Wi-Fi connectivity.

But is it really a fair comparison? Well, ish. Both devices give you access to a wide range of popular VoD services, including YouTube, Netflix, ESPN, etc. And both allow you to “cast” (‘fling’, in Amazon speak) content from your smartphone or tablet to the TV, while controlling playback from it.

It’s not currently too clear how “fling” features and screen mirroring works with the Amazon device, but it sounds like it’s using Miracast technology. Chromecast uses a custom, low-latency protocol.

Unlike the Chromecast the HDMI Amazon Fire TV Stick cannot be powered by a USB port on your TV, and has to be connected to the mains.

That’s not to say that the Fire TV Stick isn’t a great product — on paper it sounds fantastic for the price, for sure.

But as we’ve seen with other so-called ‘Chromecast competitors’, the Chromecast remains the only device on the market that does what it does in the way that it does — it’s not trying to be a comprehensive media centre or an all-in-one. It defers the innovation to mobile developers — something that continues to bear fruit.

The Chromecast is a receiver; a malleable hub. It doesn’t need 8GB storage or x times more power to function. It just needs to be powerful enough to do what it does.

And given that Amazon’s HDMI stick presents the “same experience” as the full Fire TV box it launched earlier in the year, and installs streaming apps to its local storage, it’s perhaps better compared against similar devices, like the Roku box or Apple TV rival.

It certainly ticks some of the uses of a Chromecast, but falls short in matching the “blank canvas versatility” of it.

Fire TV Stick launches this November for $39. International release date is yet to be revealed. 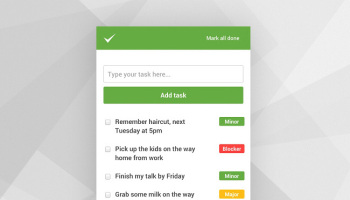