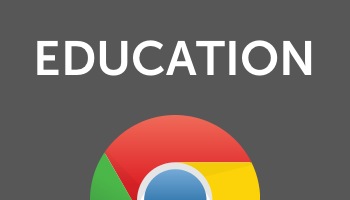 Google will be giving four schools – three government and one private – in Andhra Pradesh 25 Chromebooks for use in grades 9 and 10. Instructors will be trained in the use of the company’s suite of Google Apps for Education.

The programme is being run in conjunction with Andhra Pradesh’s IT department, which is currently engaging in discussions to extend the programme to the entire state. As part of the initiative, the department will be providing 1Mbps WiFi connections to schools and backup power to keep students connected through any hiccups.

Google’s pilot programme currently spans several thousand schools in the US, Singapore, and Malaysia. Its arrival in India isn’t too surprising either as Chromebooks from Samsung, Acer, and HP have started making their way to the country.

Chromebooks have been a growing presence in the education market for some time.

Chromebooks have been a growing presence in the education market for some time, and several schools in the United States have undertaken pilot programmes in recent months as Google’s Chrome OS continues to mature and more manufacturers jump on board.

For example, the Sudbury Public Schools system in Sudbury, Massachusetts began their pilot programme in September. In their original proposal the school system cited budget constraint, Google Apps, student account management, cloud storage, and the proliferation of web-based tools as advantages for investing in Chromebooks rather than iPads.

The school system also cited the lack of a touchscreen and the need for “web-based” applications as disadvantages, though both of these are addressed by Acer’s introduction of the more budget friendly touchscreen C720P and offline-capable Chrome Apps respectively.

If the successes from other countries undertaking the pilot programme can be repeated, Google’s educational initiative in India will no doubt be a good sign for manufacturers looking to expand availability and for Chrome OS fans in the country of over 1.2 billion people.

Learn More about Chromebooks in Education