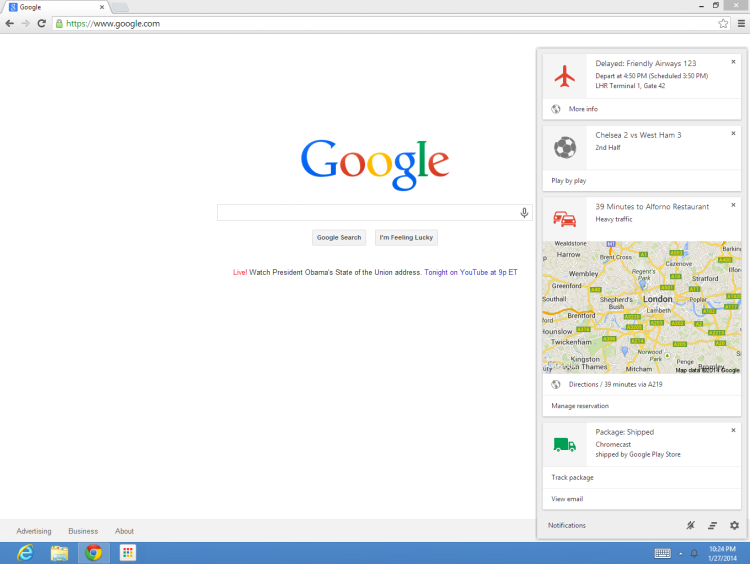 Google Now notifications will roll out to all users of Google Chrome over the coming weeks, Google has announced.

The feature, which has been available to beta users since February, aims to deliver timely updates, traffic reports, weather information and sports results based on your location, likes and preferences to the desktop through the rich notification centre.

Having spent what feels like forever in beta, not to mention a considerable amount of time loitering in development builds prior to that, it’s finally nice to see the feature break maturity and become accessible to all.

Plans for providing Google Now notification through Chrome were first revealed through a development flag added to Chromium, the code base used by Chrome, at the start of 2013.

Get Started with Google Now 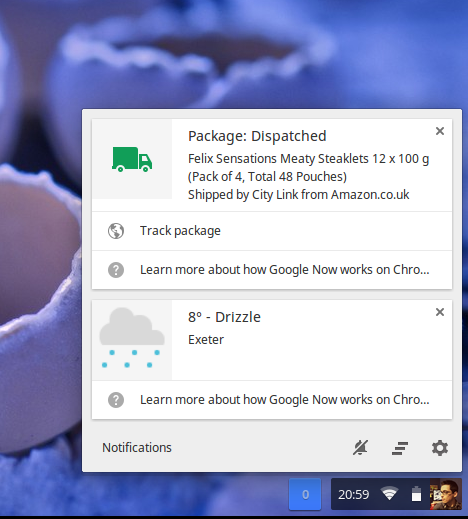 Activating the feature couldn’t be easier: just sign in to Chrome on your laptop or PC using the same Google account that you use on Android or iOS (the latter assumes you have the Google Search app installed, if not you’ll need to get it).

Once signed in you won’t see Now cards start appearing in the Chrome Notification Centre (available through the ‘bell’ shaped icon located in system tray of the Windows task bar or OS X menubar) straight away, but give it a bit of time.

As on Android and iOS, cards for various things – like weather, directions and reminders – will appear as and when they’re considered relevant. Cards remain active in the notification centre until dismissed or actioned.

If you’re an avid fan of the service on Android do note that while some cards are similar, some aren’t available through the desktop version yet. Similarly, notifications are not synced between devices, while location data is based on the last reported location from a configured mobile device and not on the location of your PC.

Excited? For more details check out the official support pages.