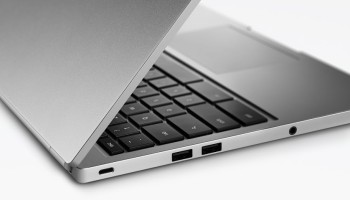 It’s claimed Google is to launch a new Pixel device in the coming months. It will be a 10.2-inch Android tablet with detachable keyboard and marketed as the ‘Pixel C’.

Like the first and second-gen Google Chromebook Pixel the new Pixel tablet is said to be designed by Google and is made from high-grade parts (with a high-end price tag to suit).

News of the Pixel C comes by way of Android Police and backs up a snippet of news we reported on earlier this year.

In May Digitimes claimed Google was working on two new convertible Chromebooks under the ‘Pixel’ brand. One of these is a 10-inch tablet with a detachable keyboard, the other was  a 12-inch iPad Pro rival based on a Nvidia Tegra chipset.

The Android-based Pixel C tablet specs shared by Android Police match up nicely with that May rumour – only this new tablet is expected to run Android 6.0 ‘Marshmallow’ and not Chrome OS.

But was this always the plan? Here’s where things get confusing.

From the 10.2-inch display with eye-popping screen resolution to the NVIDIA Tegra SoC inside, use of USB Type-C, and use of a light-bar on the reverse of the lid – these specs match an as-yet unannounced Chromebook.

The board name for that in-development Chromebook? ‘Ryu’.

The codename for this new Pixel C Android tablet? ‘Ryu’.

So did the Pixel C start out as a Chrome OS tablet only to later be retooled to an Android device? Quite possibly!

There’s nothing to preclude the same device from being sold with Chrome OS at a later date (if it does share the same ‘Ryu’ board as the presumed Chromebook).

We’ll find out in due course, of course.  Either way, it’s an interesting development for the once Chrome exclusive Pixel line.