Chromebook users on the Dev channel can now say “Ok Google” to initiate a voice search.

Much like the voice search feature for Google Now, the latest builds of the Chrome OS Dev channel have introduced a voice command to initiate a search when you’re in the App Launcher. All you need to do is have the App Launcher Start Page enabled via the enable-app-launcher-start-page flag and saying “Ok Google” from the App Launcher will start a voice search. 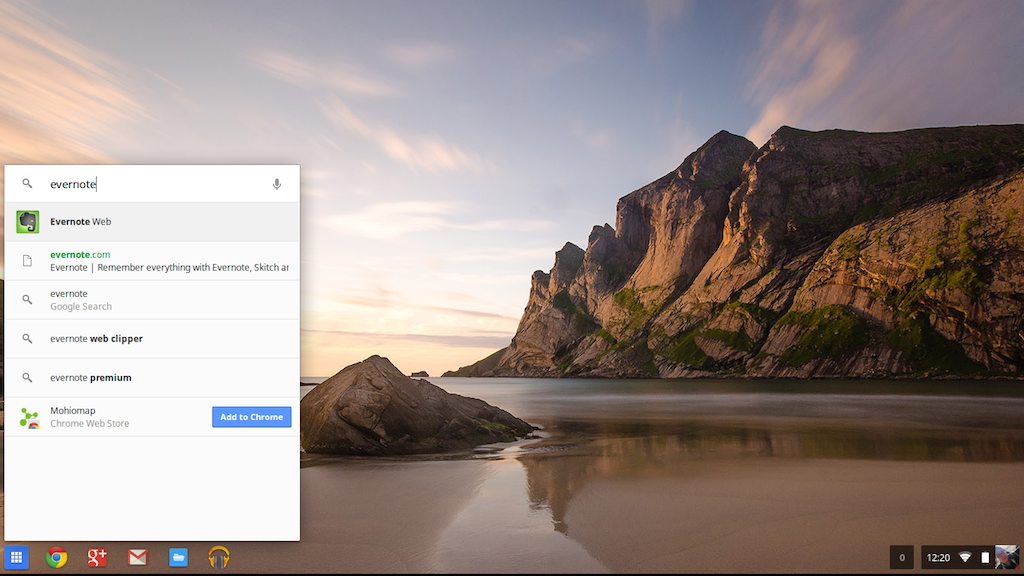 But since the App Launcher also searches your installed apps and extensions as well as recommendations from the Chrome Web Store, searching for something like “Evernote” will bring up a slew of results for installed and available add-ons in addition to web search suggestions.

You can imagine the potential with this type of feature.

If the audio recognition system were made “always on“, saying “Ok Google” could start a search from anywhere in Chrome OS. With more complex commands like the follow-up questions introduced in Chrome 29, you could potentially open your existing Evernote app, install the Evernote Web Clipper, or refine a Google search without having to lift a finger. Indeed, you can already use the voice search from the Google homepage to ask follow up questions like, “Who is the president of the United States?” then “How old is he?”.

With the Google website already supporting more complex voice searches and Google Now features slowly creeping into Chrome itself, it’s only a matter of time before “Ok Google” becomes the fastest – and best – way to search on your Chromebook.