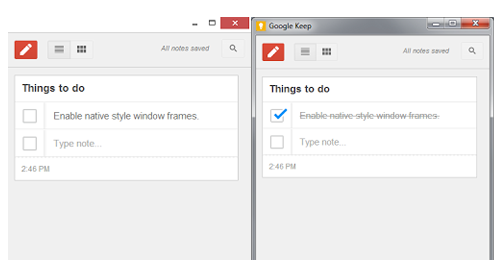 Packaged Apps are about to take another step towards looking like native system apps on Windows and Mac.

A flag to enable native system window borders for Packaged Apps, like CIRC, is being tested on the latest Chrome dev and Canary builds on Windows and OS X.

Packaged Apps are able to do things traditional web applications can’t thanks, such as accessing hardware and making use of privileged APIs.

At present Packaged Applications run with a white window border. It’s not a bad look, particularly on Chrome OS.  But Google’s Matt Giuca says developers have been asking for ‘Chrome apps to look more like native apps’.

For now the flag to enable native window borders is only available on Chrome Dev and Canary builds on Windows, though Giuca says that it will be heading to Mac, too. 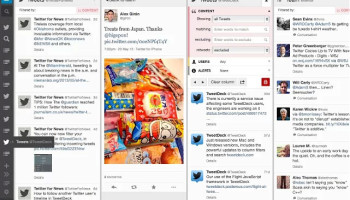