The tech aims to let users run their favourite Windows apps on Chrome OS via Android.

It’s still very much early days for the technology and right now you need to be invited to participate in trialling it out. It only works with Intel-based Chromebooks (sorry Flip users).

Jim Mendenhall of Starry Hope has produced a short video showing Steam (for Windows) running on Chrome OS (via CrossOver for Android).

But does it work? Absolutely!

Sure, it isn’t going to win any plaudits for performance just yet, and there are clearly things that need ironing out.

But as Jim reminds us in the description accompanying his clip: “This is alpha software and not anywhere near complete, simply a demonstration of what will hopefully be possible in the not too distant future.”

Are you part of the CrossOver preview? What Windows apps would you like to run on your Chromebook?

Home » Video » This is Steam for Windows Running on a Chromebook 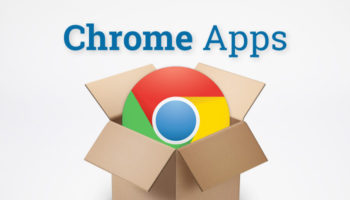 Google Kills Chrome Apps: Here’s Everything You Need to Know
Read Next