With news that the popular ‘Awesome Screenshot’ Chrome extension is, in fact, not that awesome at all, many have wisely uninstalled it.

But while this one plugin likes to keep tabs on your open tabs, there are a number of alternatives that aren’t quite so unsavoury. If you’re in need of webpage screenshot tools not marred in malicious intent, read on. 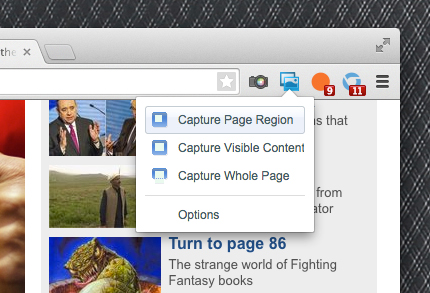 The ‘Screen Capture by Google’ extension was an alternative suggested by reader whizzer0 in the comments to our report on Awesome Screen.

On paper, it’s certainly the most trustworthy option. And its feature set, letting you grab specific sections of webpages and assign keyboard shortcuts, is tempting.

Sadly, it doesn’t seem to work — at least not for me or a number of others who have left reviews of it on the Chrome Web Store.  Your own milage may vary. It still work for some, and there’s always the chance it’ll be updated in the near future. 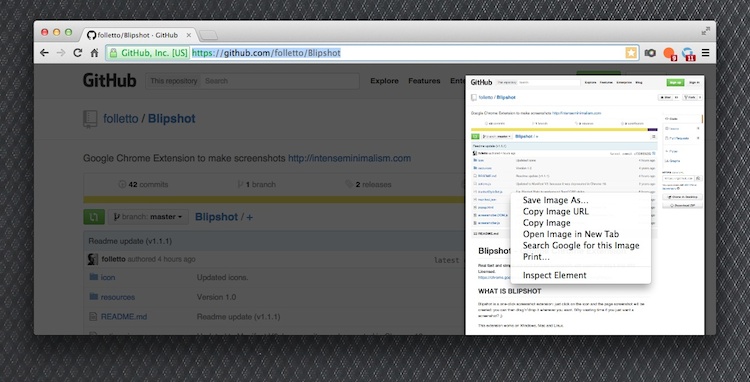 On to something that does work. Blipshot, by Davide Casali, is an open-source webpage snapper that’s light on bells and whistles, but big on simplicity.

Once installed, you just click on the toolbar icon and a snap of the entire page, including below the scroll, is taken. To save it as a high-quality PNG you just right-click on the image preview that then appears, or drag it to your desktop/file manager.

Blipshot may only do one thing but it does it so well and without snooping on your browsing habits.

Like Blipshot, ‘Full Page Screen Capture’ only does one thing – whole page snaps – and is open source. But unlike Blipshot this one doesn’t require any permissions at all.

“No bloat, just a simple way to turn a full web page into an image,” reads the Web Store description.

Once installed just click the camera icon in the toolbar to initiate your snap. The page will scroll as it assembles each part (keeping you amused with a Pac-Man animation in the popover). When done your capture opens in a new tab from where you can save it.

And if you only need to grab a webpage now and then try a web-based service like Screenshot Machine.

But if what you want to capture is visible on your screen you don’t actually need to install anything: just use the built-in operating system utilities.

On Linux press the Print Screen button to take a whole screen grab, or use a desktop app like Shutter.

On Windows press Super + Print Screen to save a snap of the whole screen to your Pictures folder, or use the built in ‘screen sniping’ tool to grab a specific portion.

On Mac OS X press Cmd+Shift+3 to grab a snapshot of the screen, or Cmd+Shift+4 to draw a specific section.

On Chrome OS? Just hold the following key combination to save a .png of the the entire screen to the Downloads folder.

Which tools, services or shortcuts do you use? Let us know in the comments below.