We often hear people talk about Android features they’d like to see come to Chrome OS — but what about the other way around?

Android in its latest incarnation, “Lollipop”, is the most unified and consistent version to date. It’s fantastic (unless you’re using a 2012 Nexus 7). But Google’s desktop operating system has a few tricks of its own that its mobile siblings could learn from.

What follows is my own personal take – things I’d benefit from. Chances are you have your own list, so do share ideas in the comments section.

Arranging and App Folders in the App Drawer 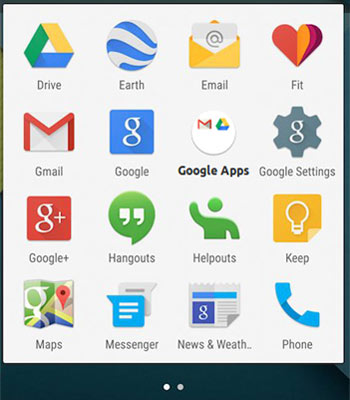 My Android ‘home screen’ is tidy. It’s ordered. A widget here, a widget there, and the only app shortcuts to be seen  are nestled in the “shelf” at the bottom.

It’s my like of order and organisation that makes me a big fan of the Chrome App Launcher. I can rearrange apps based on usage or type, and with the folder feature I can group relevant Chrome Apps and web apps in neat bundles, like games, office, etc.

Android’s stock app launcher is a little more basic. It shows all of my apps in alphabetical order, but doesn’t allow for rearranging, and there’s no support for in-drawer folders, either.

Any chance of this idea being launcher-ed? 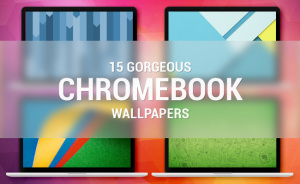 Support for syncing ‘custom wallpapers’ — e.g., your cat, your boyfriend, your tofurkey sandwich — was introduced to the Chrome OS Developer Channel a few weeks back.

When enabled, the same wallpaper is kept in sync across all your Chrome OS devices (via the versatile Google Drive storage API).

I’d desperately love to see Android opted into this. I already manually set the same wallpaper on all my devices. My Nexus 7 has the same wallpaper as my iMac, iPad and ASUS T100, my smartphone…heck, if I had one, I’m sure I’d hack a wearable to use it too!

The reason I like keeping my backgrounds in sync is purely one of simplicity. I move across multiple operating systems in the day and a familiar wallpaper, as subtle as it may be, makes switching a little less jarring.

You syncing what I’m syncing, Google? 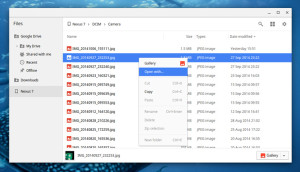 By now we’ve established that I’m a fringe — yes, fringe not basket — case, and my needs are the same as Joe Public. So as great as Downloads, Docs, Photos and Music are for finding and accessing content on my phone, I still sometimes want to delve a bit deeper. And to do that I have to go and install a file manager app.

Now, in all fairness, I get why there isn’t one (apps handle content) and the huge number of fantastic third-party apps do the job fine.

But even so: having to use Google Drive as a proxy file manager isn’t ideal — so can we file a Files.app port under ‘must-have’, big G?

I work out of a coffee shop most mornings and their free Wi-Fi is like most free Wi-Fi: a bit rubbish. But it gets its job done most of the time, meaning I can get mine done, too.

But Android. Well, Android just silently fails. That’s it. I have to manually poke through Settings, select the Wi-Fi network, ‘Forget’ it and start over. The same process is needed if I fat-finger the input; it’ll fail to connect and that’s it.

The chance to amend without going round the houses would be great in Android — so why-fi do you not do this already? 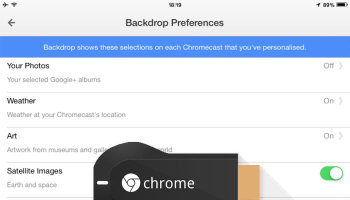