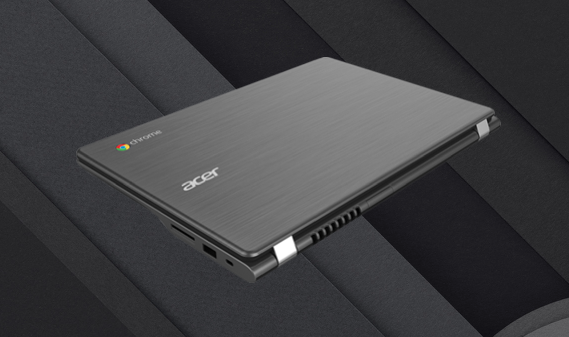 Benchmarks on the new Acer C740 Chromebook suggests it may be the best performing budget consumer Chromebook on the market.

The $259 device, which was announced earlier this year by Acer, features an Intel Celeron 3205U ‘Broadwell’ processor, 2GB RAM and comes with a 16GB SSD in its base configuration.

Despite some early caution on what sort of performance gains might be meted out, performance tests on the first widely available Broadwell Chromebook show a clear performance improvement over Intel’s older Haswell line, which has long been the favoured processor choice for many Chromebook enthusiasts.

Before we dive in I will caution, as always, that benchmarking of various shades only tell half the story. Most Chromebooks are fast and capable machines. Other features, like battery life, build and screen quality, weight, screen size, etc. may also be important considerations for anyone making a purchase too.

Chris Elkendier of Technology Resource Advisors (TRA) ran various benchmarks across eleven Chromebooks. He used a high-speed 50×5 cable line and a Cisco Meraki MR32 access point to ensure that conditions were as stable and reliable for each test as possible. Three separate benchmarks were each run three times on eleven different ‘entry level’ Chromebooks.

In the chart below, which Chris has kindly shared with us, you’ll see the average scores for each benchmark across the various JavaScript tests.

At first glance, save for the odd orange spike, everything appears so-so. But pay attention to the legend at the bottom: only the Google Octane score (the orange bars) should be tall. For the other two benchmarks lower scores denote better performance.

Overall the fifth-generation Intel Broadwell performance comes out on top and by some margin, too. The Acer C740 scored 13,675 in the Google Octane score, a low 311 in its SunSpider test and posted the lowest score in Mozilla’s popular Kraken test with a result of 2,288.

Devices running an Intel Core series processor were not tested (e.g., like the Pixel) and would score higher than Broadwell. Since the majority of consumer and education Chromebooks do use Intel’s Celeron line, the chart is perhaps more useful as a result.

More Broadwell devices are on the way from a raft of OEMs in the coming months, including the 15.6-inch Acer Chromebook, so it will be interesting to see if other stats match up and whether the performance gains seen here are enough to woo new buyers in.

Do you plan on purchasing a Broadwell Chromebook?

Big thanks to Chris E. 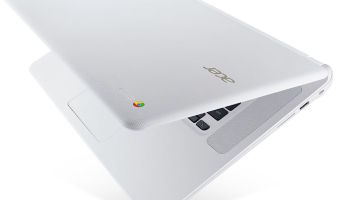