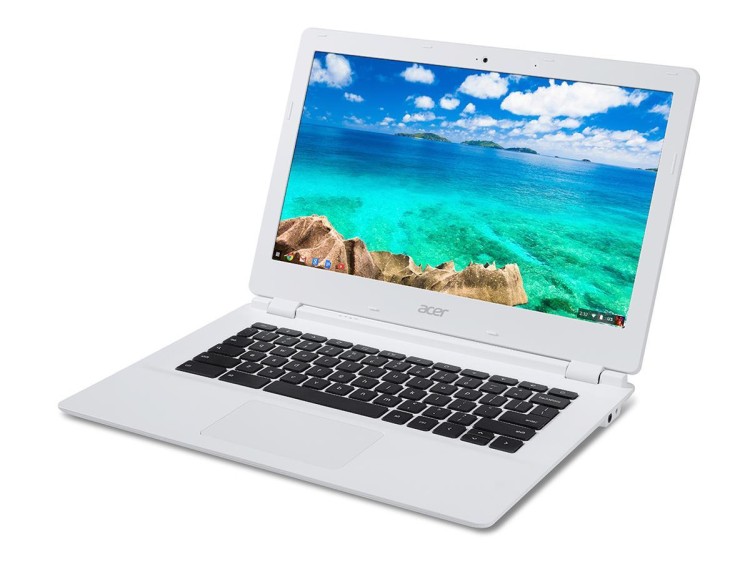 With a 13.3-inch screen and svelte white form factor, you could be forgiven for thinking that the device shown above is just another run of the mill Chromebook. However, you’d be mistaken.

The Acer CB5 Chromebook was leaked online at the weekend by Swedish retailer Komplett.se. According to the website’s listing the device features a 13.3-inch HD screen at a resolution of 1366×768 and utilises a powerful Nvidia Tegra K1 CPU rather than a traditional Intel-based chip.

It’s not yet known specifically which Tegra K1 model is being used by Acer in this device. The K1 is currently available as a quad-core version running on the ARM Cortex A15 micro-architecture and in a dual-core 64-bit variant running on the Denver architecture. The former of these is used in Google’s experimental ‘Project Tango’ tablet.

So far, only a handful of Chromebooks have opted to use ARM CPUs over the more ubiquitous Intel processors. These include the 2012 Samsung Chromebook, HP 11, and the Samsung Chromebook 2, all of which feature an Exynos system-on-a-chip manufactured by Samsung.

Size and resolution aside it’s not yet known what sort of screen the Acer CB5 will use. Most of the current generation of Chrome OS notebooks have won praise for their performance or battery life but drawn criticism for continuing to offer such lacklustre, dull matte displays. If this device can up the ante in this area it stands to do well.

Couresty of Komplett we know that at least one version of the clamshell Chromebook will come with a healthy 4GB RAM, 32GB SSD, as well as 2 high-speed USB 3.0 ports, built-in webcam and offer a full-sized HDMI out port.

In Komplett.se’s original online listing — which has since been edited — the Acer Chromebook CB5 was listed with an early August (presumably European) release date and a price tag of 3,590kr — just over US$500.

With Swedish pricing of electronics erring on the crazy side compared to other EU countries, and the US being famed for having lower prices than Europe, a rougher (though still speculative) US estimate of $350-400 is a touch more likely.

Other than what’s listed above there is precious little official information on the ground. But with a tentative release date so close there’s a good chance that we’ll hear more about the CB5 at next week’s Google I/O, or at least shortly after. 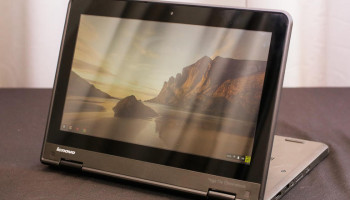 Hands On With Lenovo’s Convertible Chromebooks
Read Next