The ASUS C201 Chromebook is a not a device found topping most people’s must have lists.

But as our own benchmarks show it performs better than many expect. That, the long battery life (as much as 13 hours) and the cheap price make it a strong contender on paper.

Standard fare for Chromebooks, granted. But this is an ASUS notebook, not something made by a company whose name reads like a mangled phrase spat out by Google translate.

In case you needed a bit more persuasion — and with shiny new convertible devices running this very same processor on the way, you just well might — we thought it timely to post this video from our long-time buddy Charbax over at the ARM-centric tech site armdevices.net.

Charbax is a character but he always gets straight to the point so despite this video clocking in at a digestible 4 minutes he covers pretty much everything you’d want to know.

A great overview of an often overlooked Chromebook — but is it enough to tempt you? Let us know in the comments below. 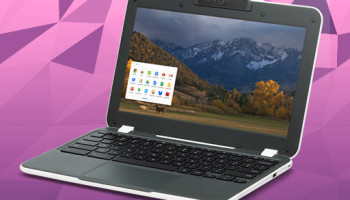