The ASUS C201 is budget Chromebook running on a fanless ARM chip from Chinese company Rockchip. It costs from just $169.99.

But is it worth the money?

Benchmarks show that this Rockchip Chromebook delivers enough bang for its buck. Buyers skimping on price won’t be skimping on speed.

Launched earlier this year, the 11.6-inch ASUS C201 (also known as the ASUS C201PA) is one of the cheapest Chromebooks available in the US.

This exact same chip is used in other low-cost Chromebooks from Nexian, Haier, CTL and Xolo and features in the upcoming Chromebook Flip and Chromebit dongle PC.

The rest of the  ASUS C201 specs are fairly standard:

Looks good on paper, but what’s it like to use?

Having run the ASUS C201 Chromebook through its paces using a battalion of browser-based javascript tests, Chris Elkendier of Technology Resource Advisors ferried over the results to us.

What they show is surprising.

Elkendier told in an e-mail that he is “pleasantly surprised” with the ASUS’ performance given the price”, though adds that, build wise, it “[won’t be] winning any durability awards [and] feels similar to a Samsung 3 series with a better power port.

To see just how well the Rockchip performances, Chris pitted the ASUS C201p (with 4GB RAM) against a Chromebook running on an Nvidia Tegra K1 (also with 4GB RAM) in an unscientific ‘perception’ test. Opening 7 different tabs on each device he found that the Rockchip, surprise, almost identical in speed and loading times.

But where Nvidia and Acer hyped the K1’s prowess to epic proportions (and duly failed to match it) the Rockchip has been far more humble.

“The Rockchip promised us nothing but affordability and it pleasantly surprised me by being extremely useable. I can see this chip really doing well in the EDU market, and that’s exactly what it’s made for.”

Buy the ASUS C201 from Amazon

From a performance standpoint, a Rockchip Chromebook looks like it will make a respectable upgrade over earlier ARM based models. 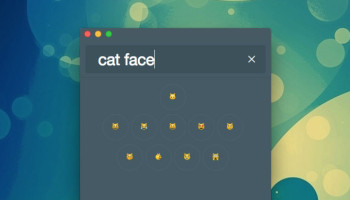