Chrome App developers will soon need to ask for user permission before they can access and interface with USB and HID devices, such as smartphones, game pads and graphics tablets, on Chrome and Chrome OS.

The device picker itself, shown in the screenshot at the top of this post, is straightforward. It presents a list of USB devices currently connected to the computer or Chromebook, and the user can select those it wishes to grant the app access to.

It’s not currently clear when or how the prompts for permission appear. It may be surfaced when installing an app from the Chrome Web Store, when plugging in a device for which an installed app has expressed “interest” in, or when opening a compatible app for the first time.

App developers may also be able to request permission to Bluetooth devices, including those “paired” over LE, though Chromium developers are still hammering out how this would work with an iBeacon or gBeacon app.

The addition of a “Revoke Permissions” button in the App Info pane will ensure users can easily and quickly remove an application’s access at any time.

In introducing less perversive access to USB devices Google is making it bother easier for developers to narrow in on the devices they support, and safer for users installing apps. That said, it may be little while longer before apps triggering prompts hit the Chrome Web Store. 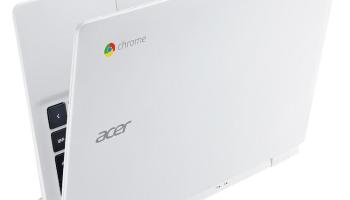