Google has announced that it’s discontinuing the ‘Chrome to Mobile’ browser extension as of February 2015.

The one time must-have add-on for Android fans everywhere debuted in 2012, riding the crest of Ice Cream Sandwich. It allowed webpages to be quickly and easily sent from desktop Chrome to an Android (and later iOS) phone/tablet running the mobile version.

The extension was particularly useful for its option to send a copy of a webpage for offline viewing.

Times Change, And So Do User Habits

But times, habits and priorities change. As reported by Android Police, Google is to remove the Chrome for Mobile extension from the Chrome Web Store sometime in ‘early February 2015’.

The search giant is advising affected users to switch to Tab Sync for Chrome, a feature that allows webpages open in Chrome on any device to be viewed and accessed from another automatically, without the need to click a button.

The extension required Google Chrome to be installed on a mobile device (it couldn’t be used without it), and since the introduction of Tab Sync offers a similar feature built into both mobile and desktop offerings, the move is far from a shocking, unexpected or illogical one.

On the upside, in retiring support for the add-on Google will be able to remove the unneeded code from the main Chrome codebase. Chromium developers will no longer need to continually check, test and workaround the feature when introducing changes elsewhere.

Google’s older ‘Chrome to Phone’ extension and Android app pairing does not appear to be affected by this planned change.

If you’re one of the 540,000 users still ferrying webpages using Chrome to Mobile none of this will be news to you. Google rolled out an update yo the add-on in question in mid-January to warn of the impending obsolescence — but we’re interested in what you think.

Will you miss Chrome to Mobile? Or do you already get a cross-platform efficiency fix from Tab Sync? Share your thoughts in the comment section below. 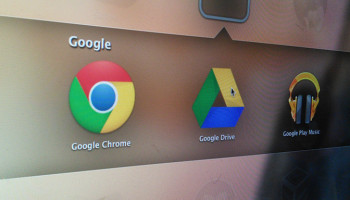