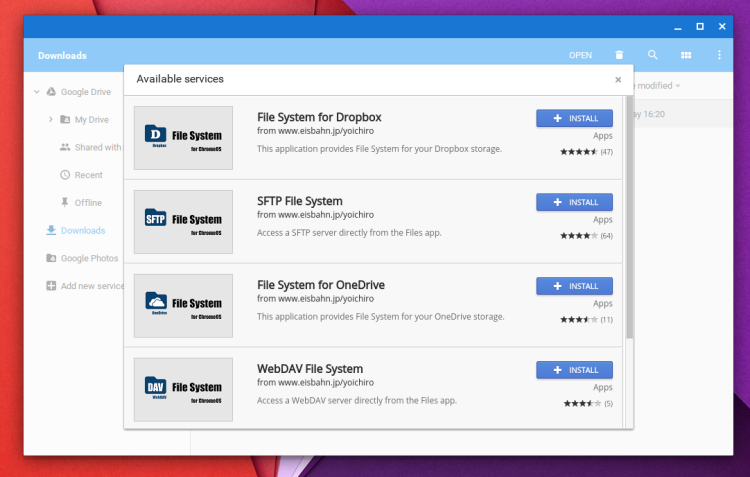 The sidebar of the Files.app (the Chrome OS File Manager) plays home to a new entry titled ‘Add new services’.  Clicking this button opens a modal window that lists File System Provider extensions that are currently available to install from the Chrome Web Store.

Among them are a few we’ve written about previously, like add-ons that integrate popular cloud storage services Dropbox, SFTP and Microsoft’s OneDrive directly into the Files.app.

But why is Google suddenly promoting these extensions/apps so prominently?

Chromium developers themselves say they the feature is designed to help ‘significantly increase awareness of new providers’.

Chrome OS’s lack of native integration with cloud services other than Google Drive had been a sticking point for many looking to switch. Business users, for example, may be heavily reliant on Dropbox or a custom in-house server.

With the File System Provider API now stable developers are free to help fill in those gaps and bridge the divide. 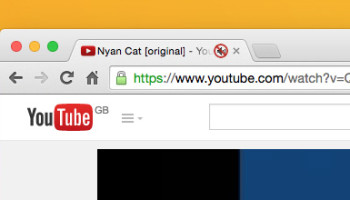 How To Enable Chrome’s Hidden Tab Mute Feature
Read Next