On offer are the latest round of performance and stability fixes, some small feature enhancements and, going forward, foundations set for future features.

As the most ‘experimental’ of the streams it’s surprising to see the ‘new look’ App Launcher has been turned off in the dev channel. Chromium developers say the feature, which went live to testers late last year, ‘needs more polish’.

If you like the centred carded design — and a great many of you say you do — you can get it back by hitting ‘enable’ on the experimental app launcher flag in chrome://flags.

On the subject of experiments, the developer channel gains two new options: one is a switch to test a new Polymer-based Material Design PDF viewer, and another a flag to enable experimental Wi-Fi credential syncing between Chrome OS devices.

If you spot anything else new or improved share it in the comments.

Chrome OS should prompt you of the new releases automatically over the coming day or so, but you can manually force a check by going through the Settings > About Chrome OS page. 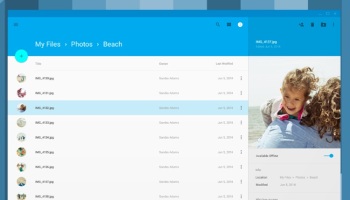