Sorting files in the Chrome OS file manager is easier as of the latest dev channel update.

A new ‘sort’ menu button has been added to the Files app toolbar, as noted by Google’s Francois Beaufort.

This  feature closes a bug opened in December, 2014.

The new menu button, which is positioned to the left of the overflow button, offers a quick and easy toggle for sorting files and folders by the following data:

Although not new functionality in Chrome OS — clicking the column headers that show in list view will sort by name, type, size and modification date, et cetera — the button finally allows sorting features to be accessed in grid view (aka ‘thumbnail’ view).

At present, in the Stable/Beta version of the file manager the sorting order set in list view by clicking column headers is carried over to the grid view. Users have no way to change the sorting order (or even know what it is) without switching back.

Those running the latest Chrome OS Dev channel release need only open the files app to access the button, no flag needed.

The change should hit beta and stable channels at some point in the next month or two. 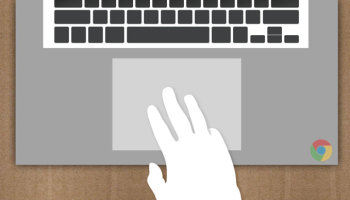 This is How You Right Click on a Chromebook
Read Next