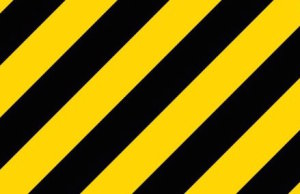 Running a site like this means I find people sobbing in my inbox asking: “Why is my Chromebook so slow?”.

Where I’m able, I fire back links to Google’s official support documents, pages and the like.

Select Chromebooks in the US even have a “mayday” feature built in that should (in theory) help quell the anxiety of some, so I make sure to point this out, too.

But as complex and varied as the reasons for a slow Chromebook can be there is an inescapable fact: most performance issues stem from having way too many extensions installed.

Extensions give the biggest impact on Chromebook performance overall. From slowing down startup times, to sucking memory that might otherwise make multitasking feel more fluid.

Chrome will soon warn users when extensions are using too many resources.

It’s not extension developers’ fault per se, but the way that Chrome works. Installed extensions will, for the most part, run all the time that Chrome does. On a powerful desktop PC this can be negligible, but on a less powerful Chromebook where Chrome OS is Chrome…

To help, Chrome will soon warn users when extensions are using too many resources.

There’s no word yet on what limit will be enforced (i.e., the level at which a warning appears), but I expect it to be sane rather than brutal or strict.

Extension Resource Usage warnings is another prong in Google’s efforts to make Chrome better for users. Complex add-ons, pervasive permissions and external installs have all been (or will soon be) banned or curtailed.

Adding poorly coded, battery sapping memory-hogs to this list is a positive, proactive move. As on OS X with its “power efficiency” alerts, the feature will push developers to craft cleaner, leaner code. Users get the same experience, but better: a browser that works better, faster and more reliably.

I’ve see screenshots of browsers where the omnibar is half the size of the extension tool strip beside it — it’s like Internet Explorer browser toolbars all over again!

Be nimble and precise. Ask yourself if you really need, say, a “quick tweet” button on show at all times when most websites are plastered with them anyway. We all love Hola Unblocker, but to have it running the 95% of the time you’re not watching videos isn’t necessary.