The ASUS Chromebook Flip has become one of this year’s most anticipated Chromebooks.

And for good reason.

The Chromebook Flip should be sufficient for most tasks as it’s powered by a Rockchip RK3288 ARM processor, a quad-core chip running at 1.8GHz. This will deliver performance roughly on-par with an Intel Bay Trail Chromebook, like the Toshiba Chromebook 2.

While still a few months away from going on sale in the US the device has been getting demoed at various trade shows and press events, most recently in India.

This means there are now a stream of hands-on videos appearing online.

One recorded this past week, and embedded below, reveals that the device will now come with 2GB of RAM rather than the 4GB touted in the announcement.

While this could be a mistake or misunderstanding on someone’s part, it may also suggest there will there be two models, one sporting better specs than the other (as is the case with most Chromebooks).

The positioning of the speakers on the bottom of the device may muffle sound when used in laptop mode but in tablet mode this shouldn’t be an issue.

Thankfully the rest of the video reveals no other surprises. The 16GB storage quota remains consistent with ASUS’ earlier press release, and the full bevy of USB and micro-USB charging ports plus the tiny microSD card slot remain in tact.

The ASUS Chromebook Flip is set to go on sale in July in the US for $249 and in India at a price yet to be announced.

Check out the video below to seen the folding and flipping feature in full flow. Be sure to leave your thoughts (too small? too cute?) on the device in the comments section below.

Home » Video » Chromebook Flip Gets The Hands On Video Treatment 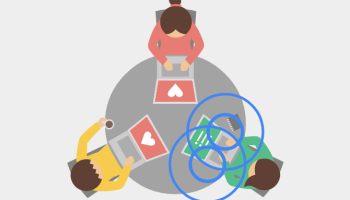