Although hidden behind a flag for now, the functionality allows in-browser YouTube content and (less reliably) HTML5 videos to be ‘cast’ to a TV with a Chromecast dongle nestled up in a HDMI port.

Chrome support for the streaming tech arrives amidst a flurry of activity, with Walmart-owned video site Vudu the latest Android app to announce support for the fledgling wireless technology.

Enabling Experimental Chromecast support in Google Chrome for Android Beta (version 34) is simple enough. With a new tab open, head to the chrome://flags page. When loaded, scroll down until you find the ‘Enable Cast’ option, hit the Enable text and relaunch Chrome when prompted. Once it reopens the feature should be activated and ready to try.

To test it out visit YouTube in the browser (not the standalone Android app) and you should see the Chromecast icon atop video thumbnails. HTML5 videos are supported in theory, but few seem to work. Toggling videos fullscreen often triggers support, but given the experimental nature of support issues and bugs are to be expected.

Stable users can expect to find this feature enabled by default at some point in the not-so-distant future. 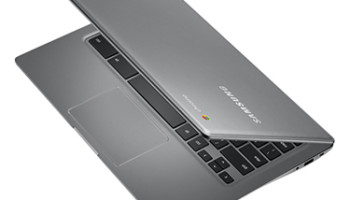