It doesn’t look like the first generation Chromecast will receive any major updates going forward.

Official support documentation for the OG streaming stick suggests that the model will get critical bug and security fixes here-out, but no new features or enhanced capabilities.

Launched back in 2013, the original Chromecast was at the forefront of the ‘streaming’ revolution thanks its tiny size, low cost ($35), and diverse app support.

Its overnight success — Google sold 5 million Chromecasts in one month — led Google to quickly release an improved model, spin out an audio-only variant, and, more recently, introduce a 4K capable dongle in the form of the Chromecast Ultra.

But, for the device that started it all, the future looks a little less bright.

Google lists the firmware versions available for all of its streaming sticks on the Chromecast support page. Here, as noted by 9to5Google, the first generation Chromecast resides on version 1.3x in both stable and preview forms, while later models support firmware version 1.4x.

With all major feature development happening in the 1.4x branch, and the 1.4x branch not being available for the original, we can infer the OG model has slipped into maintenance mode.

Not that this is bad news per se; the first-gen Chromecast is designed for seamless, fuss-free streaming and it still does that job well! There’s no suggestion that the original stick will stop working anytime soon.

Six years is a long time in tech, so although the news that there’ll be no major features is sad, it’s also not the end of the world. Six years (and more to come) of overall support isn’t bad for a $35 HDMI stick.

So if you (like me) own one, you can stay calm and keep streaming!

Home » Chromecast » Bad News For Owners of the First-Gen Chromecast… 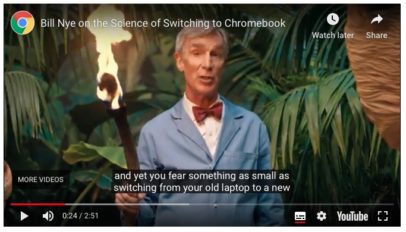