A second-generation Chromecast will launch later this month, a new report claims.

Based on internal documents seen by 9to5Google, the new Chromecast will cost the same as the first generation model (a tidy $35) and be available to buy in ‘at least 10 countries’ at launch.

Those of you with longish memories will remember that the original Chromecast launched in just one country, the USA, upon its announcement more than two years ago.

The report also says that the Chromecast 2 — officially referred to by Google as ‘new Chromecast’ in the leaked documents — will be publicly unveiled by Google on September 29. This is the date of a planned Google event and is widely expected to see new Nexus smartphones debut.

How to Improve A Perfect Product?

The Google Chromecast was an unexpected success. It proved the perfect combination of price and functionality, and launched at the right time. It is a super cheap way to give non-smart TVs a super smart upgrade.
But how do you improve such a knockout formula?

The new Chromecast is alleged to feature a striking new design (see image at top of article), offer faster 802.11ac Wi-Fi and ‘Fast Play’, a way to set-up and cast content quicker.

Documents passed through the FCC last year showed that a Chromecast with better Wi-Fi was planned (though a Googler later cautioned that: ‘most users won’t notice a difference’).

Greater personalisation of the Chromecast backdrop (the ‘home screen’ you see on your TV when nothing is being cast) is also coming, while the Chromecast Android app is to be beefed up with content suggestions, highlight compatible apps installed and improve discovery of new Cast enabled apps on the Play Store.

Tl;dr: The Chromecast Android App is about to become what it should’ve been from the get-go.

But the report doesn’t just hint at a new Chromecast. Google is also looking at announcing a new companion accessory called ‘Chromecast Audio’.

Perhaps tellingly, Spotify Chromecast support is also expected to be announced on the same day.

Chromecast is now America’s second-favourite media streaming device and more than 17 million dongles have been sold so far. 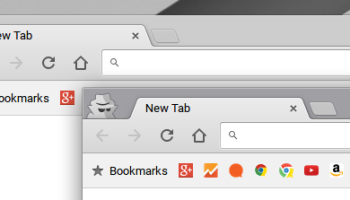